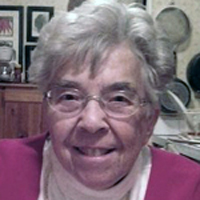 Sr. Rose was preceded in death by father and mother Michael and Angelina Perillo Petruzzo. She is survived by sisters Connie Petruzzo and Rita Moscola, a niece, Dr. Ritamarie Moscola, a nephew, William Moscola (Carol) and their sons, William III and Michael.

Rose was among the first Sisters to staff the Dominican Retreat House in Albuquerque, NM. Later she ministered as a catechist in several parishes in the Southern Tier of New York State.

When the Archdiocese of Detroit founded St. Alexander Parish in Farmington Hills, MI, it initiated an experimental program of lifelong religious education and pastoral care for the parishioners. Sr. Rose was one of the first Sisters in this ministry, and she developed it brilliantly.

From Farmington Hills, Sr. Rose moved on to Hospital Chaplaincy in Catholic hospitals in Flint, Pontiac, and Detroit, MI.

On retiring from full-time ministry she began part-time and/or volunteer ministry in pastoral care in hospitals and nursing homes as well as the Senior Companion Program in the Detroit area. She later volunteered at Lourdes Nursing Home and Rehabilitation Center in Waterford, MI.

Sr. Carol Gaeke shared these reflections on Sr. Rose’s life at her funeral:

Rose was Italian! Italians are passionate people. It shows in all of their great arts: cooking, opera, painting, music, sculpture. It was this Italian passion that guided Rose through her life. One of her greatest passions was care for this fragile planet God gave us. She was so into the New Cosmology. So as we listen to the reading from Genesis of the creation story we are awed by the complexity, the order, the interconnectedness of all that is. Rose wouldn’t want us to ever forget this. And as we hear the Letter to the Romans we know that our planet is fragile and in need of being renewed.

Renewal was a part of Rose’s life. Rose was one of the staunchest supporters of Vatican II. She was always finding workshops for the Sisters to attend. She read voraciously and modeled her life and ministry on the Council’s insights and directives.

Our Gospel, rightly so for Rose, started in a garden, a beautiful place, part of God’s wondrous creation. It was in the garden that Mary of Magdala encountered Jesus after the resurrection. He reached out to her and called her by name. He calmed her fears and doubts and gave her a mission.

Jesus called our Rose by name, too. Even her name speaks of the beauty and fragility of creation. Jesus invited her to deeper life with him through Religious Life. We are so blessed that it was in our Dominican family. He calmed her fears and taught her that she was of more value than many sparrows. God indeed knew the numbers of the hairs on her head.

Jesus gave Rose her mission. God gave missions to many people. Moses is the one who most reminds me of Rose. Moses encountered God on a mountain in the presence of a burning bush. God told him to take off his shoes because he was standing on holy ground. Rose saw the whole earth as holy ground. God told Moses to set his people free. Moses was fearful at this directive but God said the Divine Presence would be with him, and that is all that mattered. Rose knew the Divine Presence was with her, too, and so she got on with what God wanted her to do.

She taught religious education and loved working with children and families. Her eyes lit up whenever she saw a child. Last year we were in a store together. A mom had a little child in a stroller, and Rose immediately started talking to the baby. She couldn’t get enough of the essence of that child; the delight in her heart radiated out of her eyes. Her love for children was part of her love for all of God’s creation. We humans have managed to mess creation up. Our task, as Rose reminds us today, is to return it to its original beauty.

Being known, having our fears calmed and being given a mission – it is in this framework that Rose dedicated so many years of her life as a chaplain. Her heart was moved with compassion for each sick or dying person with whom she ministered. Rose retired many times. Each time she retired she began to yearn again for ministry to the vulnerable aged. Then her heart would get tired and she would retire AGAIN. When she moved to Oxford she volunteered at Lourdes, in spite of not being able to hear very well. Nothing could keep her down. Her compassion and the compassion of God had to be shared.

She also shared her passion for the arts of her homeland. She knew she had the gift of cooking good food and she generously shared it. In fact, when her apartment was broken into and food was stolen from her freezer, she was wounded because the thief took the boxed dinners and left her homemade food behind! She also shared her passion for opera with the sisters in Oxford. She taught us to appreciate it more deeply or to taste it for the first time and come to love it.

As Rose went into surgery she said she was very much at peace with the outcome. She said to Marlene: “When I come out I will either say hi to you or I will say hi to Jesus.” Either way was good. Now, like Mary of Magdala, she gazes on the face of Jesus who lives in the heart of God. Our lives are all richer for having been touched by her passion.

The funeral services For Sr. Rose were held on September 11 and 12, 2015, at the Oxford Motherhouse (Michigan). Burial will be in the community cemetery on October 24.

Memorials in honor of Sr. Rose may be submitted securely online at oppeace.org or mailed to Dominican Sisters of Peace, Office of Mission Advancement, 2320 Airport Dr, Columbus, OH 43219-2098.