Two reflections written by two of our Associates appeared in my email not together, but as I read them, one seemed to be a prelude to the other, and together a fitting blog for Monday of the first week of Advent – showing that sometimes “you just have to be there.” So here they are: 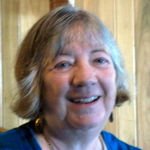 Presente! and The Communion of Saints
by Associate Joanna McGee, OPA

On the weekend before Thanksgiving, two Sisters and five Associates of Peace were “Presente” at the Annual SOAW (School of the Americas Watch) rally at the gates of Fort Benning. For 25 years people concerned with peace and justice have gathered at the gates of Fort Benning to protest the American government funding of the “School of the Americas.” The SOA has trained military leaders in Central and South America, leaders who have been responsible for the deaths and “disappearances” of thousands of our brothers and sisters. It is NOT a protest against the Army or our soldiers, but against the funding of this particular program.

The dictatorial regimes have led to much of the civil unrest in Central/South America, and many are forced to migrate – not just in search of a better life, but for their lives. The “immigration issue” is closely related to the lack of peace in the native countries of the immigrants.

On Saturday there was a protest march to the Stewart Detention Center, where the “detainees” are held in a prison-like facility that is run by a private corporation. On Sunday there is the solemn funeral procession at the gates of Fort Benning. The names and ages, if known, are sung and the people raise their crosses and respond “Presente.” These crosses are then placed on the fence at the gate.

For many years, and for many reasons, several of us have been coming annually. When reflecting back on the soulful singing of the names of the dead and the response of “Presente,” I experience the “communion of saints.” As we sing “Presente” those who have died are not forgotten; those immigrating, and those in distress know that we stand with them, and together we hope for the coming of the Kingdom is which justice prevails. All are present.

My understanding of the “community of saints” is that it was not just the seven of us, Sisters and Associates of Peace who were present there, but ALL of us were there, speaking out for peace. Likewise, I am “in union” with all of you in your prayers and in your ministries. For yourselves and your works, I am grateful. I feel that I am present with you. I am in community with you. We are all part of the “communion of saints.” 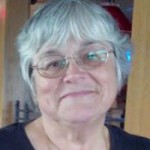 Sometimes you can’t just phone it in. I remember when my granddaughter got her first job. Up until then she had promised She-Bear, our Norwegian Elkhound, that she would “one of these days” clip the dog’s nails. But as soon as the first paycheck came, the promise turned to paying for the clipping by a groomer.

And I recall the advice of a colleague who paid daily visits to the nursing home where her aunt was residing: “You just have to be there every day, to get to know the staff and let them know you and be constantly aware of the care being given a loved one.”

Then there was the young priest who had spent time as a seminarian volunteering in India, caring for the poor. He could have sent a donation, but he went there himself. He caught tuberculosis.

I think of that when Advent comes around. I think Jesus is God’s way of saying, “I will walk with you, suffer with you, be present to you, in a very tangible way. So that you will know how much I love you.”