“History is a clock that people use to tell their political and cultural time of day. It is also a compass that people use to find themselves on the map of human geography. History tells a people where they have been, where they are and what they are. Most important, history tells a people where they still must go, what they still must be. The relationship of history to the people is the same as the relationship of a mother to her child.”
– J.H. Clarke

Someone once wrote, “History is told by the winners.” American history was largely written by white men, so to share a complete and honest history we celebrate Black History Month in February and Women’s History Month in March. If we read history with clear, authentic lenses we cannot help but be moved by the achievements of African Americans against blatant racism. Generations stand on the shoulders of Dr. Carter G. Woodson, born to parents who were former slaves, who spent his childhood working in coal mines, and later went on to earn a PhD from Harvard. Although President Obama used the mantra “Yes, I can” when he first ran for president, Dr. Woodson modeled that mantra many years before. He initiated “Negro History Week” in 1925 in an effort to recognize the contributions of African Americans, and recognized the challenges to move forward. 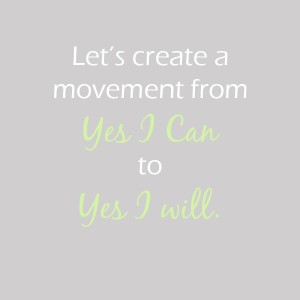 I believe this Black History Month is a time for reflection on what we can do to reduce racist actions and policies, from institutional racism to environmental racism. Movement from “Yes I can” to “Yes I will” is critical.