A Cup of Salvation

Last month I mentioned that I have been a potter for about 20 years and recently I see more clearly the reason why God gave this gift to me. In Jeremiah 18, God speaks of the potter forming and reforming the clay. After all this time, I think now that the clay is forming me.  END_OF_DOCUMENT_TOKEN_TO_BE_REPLACED

Inez Milholland was called the “Joan of Arc” of the suffrage movement for the many years of her life she worked to secure the right to vote for women in the United States. She rode a white horse leading more than 8,000 marchers at the head of the March 3, 1913, suffrage parade the day before Woodrow Wilson’s presidential inauguration, while marchers were jeered, tripped and subjected to verbal violence. This 60-year saga challenged the courage and perseverance of thousands.  END_OF_DOCUMENT_TOKEN_TO_BE_REPLACED

Jesus said: “I am the light of the world. Whoever follows me will not walk in darkness, but will have the light of life.” – John 8:12.

Three years ago yesterday, Jorge Mario Bergoglio was elected the 266th and current Pope of the Roman Catholic Church, ex officio Bishop of Rome, and Sovereign of the Vatican City. These must have been intimidating titles to the then Jesuit Cardinal Archbishop of Buenos Aires when his name was called. I remember being impressed at his response when asked “What did you feel when you realized you were elected Pope?” He said he felt PEACE come over him. And when he told journalists that he had chosen the name in honor of Saint Francis of Assisi because he was especially concerned for the well-being of the poor, we knew the Light of Christ was shining in a new way in the Vatican. And the light of Christ has radiated from/through Pope Francis to the world, both in his actions and his words—as we read about him washing the feet of inmates including women, riding the bus with the other clergy, and living in the Santa Marta hotel where he stayed with his fellow cardinals during the conclave, because, as he told a friend, he likes being in daily contact with ordinary people, does not want to be isolated, and enjoys sitting down to meals with visiting clergy.  END_OF_DOCUMENT_TOKEN_TO_BE_REPLACED

This Sunday, marks the beginning of our last week of the Lenten season, leading us into the journey of Holy Week. It hardly seems that just a few short weeks ago, I began another annual Lenten journey – receiving the ashen mark of my faith on the forehead and deciding how I might personally mark this season of prayer, sacrifice and almsgiving. Probably, this last week of Lent is a time that each of us might look back to recall if our Lenten journey was what we had hoped for this year, or did we fall short of our expectation or goal? Personally, I know there have been times when I have reached this point during Lent and think, “next year I will do better.” But an amazing Lenten grace from God is to realize that because of Love, our failings can be forgiven and we can begin anew – today.  END_OF_DOCUMENT_TOKEN_TO_BE_REPLACED 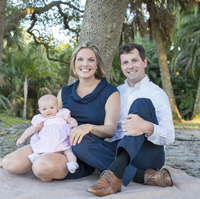 MEMPHIS, TN – St. Agnes Academy-St. Dominic School is honored to announce the appointment of Mr. Christopher Burke as the next Dean of St. Dominic School. Mr. Burke is currently serving as the Assistant Principal and Middle School Teacher at Holy Name of Jesus Catholic School in Indialantic, FL, a position he has held for three years. He also has experience as an Admission Counselor for both the University of Alabama in Huntsville and Florida Institute of Technology and as a Learning Lab Coordinator at St. Joseph Catholic School in Bryan, TX. He has served as a varsity basketball and soccer coach at three separate schools leading two of the schools to state rankings and a “Final Four” finish.  END_OF_DOCUMENT_TOKEN_TO_BE_REPLACED