There were thousands or millions of North Ohioans who got little or no sleep last night! As our small house community had our own version of a watch-party, we were sure that Lebron James’ most fervent fans among our Sisters both at the Akron Motherhouse and at Regina Health Center (especially those who had taught at St. Vincent’s School where James went to school) were not only staying up late to watch, but praying up a storm!  Even through 52 years of dashed hopes, the dream of winning the NBA Championship dimmed but never died for the Cleveland team or their faithful fans, until it was at last realized in the Cavalier’s final victory over Oakland’s Golden State Warriors. Who could not swell with pride and joy, or keep a dry eye as the shouts went up and Lebron fell down weeping with relief and gratitude that their Championship goal had at last been reached! And he had at last succeeded in leading his beloved home team to achieve such a moment together.

This morning around our breakfast table, with the Akron Beacon Journal sporting full page pictures of the jubilant team wearing the Champions T-shirts and hats–and Lebron James proudly hugging both MVP and the Larry O’Brien NBA Championship Trophy, I asked my house mates what I should write about in this blog today.  Well, duh! It was not a question of what, but how.  Ana Gonzalez, our soon to be novice, recalled that in today’s Morning Praise scripture reading from Zephaniah, we heard: “Do not be afraid…” but it was immediately followed by “do not let your hands go limp.”  – It took not only confidence, courage, and faith in their dream but also the very hard work and the concerted effort of the whole team to achieve their long held dream. 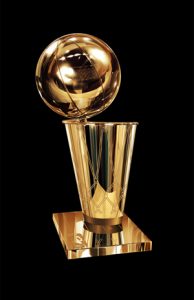 Dominican Sisters of Peace and Associates hold the dream of lasting peace for our Earth and all its inhabitants. “Our mission is to bear witness to the Gospel of Jesus, leading others to Christ. Our hope is to make the world a place that is more accepting and less violent; more welcoming of others and less alienating; more respectful of our planet and less consuming of Earth’s resources.”

“We serve God’s people in many ways, including education, health care, spirituality, pastoral care, prison ministry, the arts, and care of creation, among others. The Gospel message of love and compassion lead us to be concerned about peace and justice issues, including comprehensive immigration reform, sensible gun control, alternatives to the death penalty, and advocacy against human trafficking among others.”

Will you dream with us these “possible dreams” and also work with us to help make it come true?