Over this past week, the three of us in our house have fallen, one by one, into the clutches of the stomach flu, some version of the norovirus. As you well know, this is an extremely scrappy little virus, just burgeoning with life, desperately eager to replicate itself and to spread itself, happily leaving in its wake groaning people in pitiable collapse, unable despite all the cautionary and rigorous efforts  to spray and wash and isolate and sterilize, to keep it at bay. So on it goes, romping and jack-hammering its way merrily through the hapless humanity it lives to make miserable, even if only for a day or so.  END_OF_DOCUMENT_TOKEN_TO_BE_REPLACED

Dominican Sisters of Peace: Our Statement on the Executive Action and Memorandum to Advance Construction of Oil Pipelines 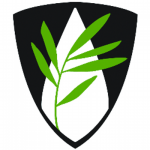 January 31, 2017, Columbus, Ohio – In response to executive action signed by President Donald Trump to advance the construction of the Dakota Access oil pipeline as well as the executive memorandum inviting TransCanada to resubmit the Keystone XL application for a pipeline permit, the Dominican Sisters of Peace have issued the following statement:

The Dominican Sisters of Peace denounce the executive action taken by President Donald Trump to resume the construction of the Dakota Access oil pipeline and his Keystone memorandum inviting TransCanada to resubmit its application for a pipeline permit. These pipelines can easily wreak havoc on the drinking water of an entire community, and their immensity of size, particularly the Keystone XL which is designed to span up to 1,179 miles, directly undermine the United States’ role as a leader in curbing climate change and reducing its dependency on fossil fuels.

Resuming construction of the pipelines undermines care for creation, risks contaminating drinking water for poor communities as well as land throughout our country and Canada, and puts vulnerable populations, such as our Native American sisters and brothers and their sacred lands, at risk. These pipelines, while providing long-term profit to big business and short-term job creation, regrettably endanger those most vulnerable among us along with quality of life in the long-term.

In his General audience in Vatican City on April 22, 2015, Pope Francis explained that the relationship between humanity and the Earth must be generous rather than greedy, saying, “May the relationship between man and nature not be driven by greed, to manipulate and exploit, but may the divine harmony between beings and creation be conserved in the logic of respect and care.” In his encyclical, Laudato Si’, Pope Francis again explains that “the climate is a common good, belonging to all and meant for all,” and responsible care for the common good expects that President Trump reverse these directives and work to protect Earth and mitigate climate change.

The First Week with Our New President

Then it was the executive memorandum and action to allow the continuation of the Keystone XL Pipeline and the Dakota Access Pipeline as well as an order to silence the Environmental Protection Agency.

Then it was the continued allegations (with no proof) that millions voted illegally in the election, undermining the democracy and legitimacy of our elections. Followed by the action to begin construction on a border wall. Then the vote to repeal the Affordable Care Act, stripping millions of Americans of their health care access.  END_OF_DOCUMENT_TOKEN_TO_BE_REPLACED

Intro by Sr. Amy McFrederick: I’m not a football fan and I had no intention to watch the Super bowl game last evening. But I was ok with having it on as I continued to read my book. Looking up every so often, I followed the score somewhat distractedly until after the half time show. It was only after the Patriots made their first touchdown, that I became engaged and watched with amazement as they fought their way back to tie the game, go into overtime, then actually win! What an example of not losing hope when things seem to be going south! What about us? How does our hope stand up to the daily challenges we meet?

END_OF_DOCUMENT_TOKEN_TO_BE_REPLACED

Many years ago, the thought about religious life came to me quite indirectly. The thought was not in reference to myself, but was in the spirit of idle curiosity (or so I thought at the time). I remember sitting alone in the back of the church (I’m not sure what I was praying about at the time), when the pastor came through, happily going about some task on the altar and oblivious to the fact that he was being observed. I remember being curious and internally voicing the question, “What would cause someone to choose such a radical lifestyle?” God would help me to answer that question later in life. The answer is Love. Love is both the “who” and the “what” that validates this radical lifestyle, for Scripture, indeed, tells us that “God is Love” ~ 1 John 4:8.  END_OF_DOCUMENT_TOKEN_TO_BE_REPLACED