As we observe Women’s History Month, we celebrate resiliency, determination, courage, and success, always mixed with struggle. As women met in Seneca Falls, NY, in 1848 to plan the “what next” that was needed to achieve the right to vote, they knew the struggle would require a long-term commitment and a willingness to withstand verbal and physical violence.  They would be pelted with tomatoes by men and women, imprisoned and subjected to verbal abuse every step of the way.

The year 2020 is the 100th anniversary of the passage of the 19th amendment, which gave women the right to vote. We celebrate the model of courage that this achievement represents, and the continued progress towards equality, including the rights to serve on juries, own property, receive credit in their names, and work in law firms.

In 2019 bill includes a provision to restrict partners – spouses and boyfriends – who have been convicted of stalking or abuse from accessing firearms. The bill also expands protections for Native American women, immigrant women and transgender women.  This bill can save lives! 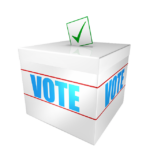 Representative Katie Porter of California recalled her experience of dealing with domestic violence.  She testified that the first time she called police after being beaten, the officer who arrested her told her that if she called again, her children would be taken away from her. In December 2019, a Texas police officer was shot and killed by a man who would have been denied a firearm under the Violence Against Women Act. More than 5,000 Alaska Native and Native American women have been kidnapped and/or murdered – all would have been protected by the Violence Against Women Act.

Before we pop the cork on a bottle of champagne to celebrate the centennial of our right to vote, we are challenged to stand with women suffering from violent abuse from a partner.  Like our foremothers, we are in the struggle for the long haul for the rights and protections of our sisters.

4 responses to “The Struggle Continues”