Dan Snyder is a man of strong opinions and an inflexible resolve to stand his ground when things are not going his way.  For many years Snyder, owner of the Washington Redskins, has made it clear that he does not intend to change the name of his team, telling USA Today in 2013, “We’ll never change the name! …It’s that simple. NEVER – you can use caps.”

Enter Fed Ex, Nike and Pepsi.  Shareholders in these corporations recently voted to withdraw support for the Washington Redskins if a name change does not happen.  Now CEOs are scrambling to “get on the right side of history.”  In 1998, Fred Smith, CEO of FedEx, paid $205 million for naming rights for the stadium.  Without a name change, Fed Ex will withdraw financial support.  Nike has removed Redskins’ athletic attire from its e-commerce web site, and Pepsi will withdraw its financial support.  Now Smith is saying “The word “Redskins” remains a dehumanizing word, characterizing people by skin color and as a racial slur, with hateful connotations.”  Really?  For many years activists and Native Americans have called for change.

The corporate heads of Fed Ex, Nike and Pepsi did not have an Epiphany, nor did Dan Snyder.  There have been many “Come to Jesus” virtual conversations.   It appears that money matters more than principle.

Now that culturally respectful language is front and center in the sports world, it’s time for a “sweep” to 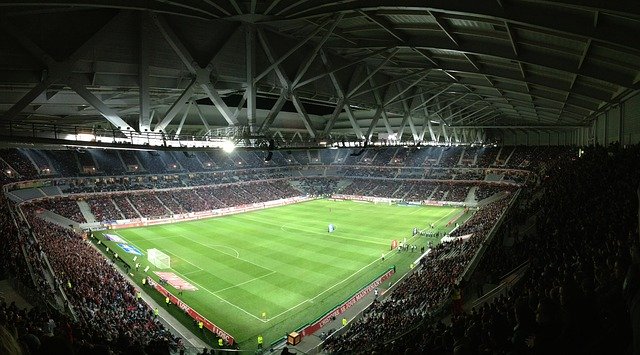 show respect for all people of color, of rejecting racist stereotypes.  Now the Cleveland Indians, Atlanta Braves, Kansas City Chiefs and Washington Redskins need to make a decision to whether to continue using racist mascot names or embrace respect for all cultures, races, and nationalities.  How would it feel to read, “Chicago Caucasians 14 – Washington Redskins 7 in the sports section?  Words matter.  Words hurt and words heal.  Can those with power move on from decisions based on money to decisions based on principle?

This conversation about names needs to happen in colleges, high schools, pro and semi-pro teams.  In 2013, 2,129 teams in these schools had Native American names, with 13 choosing “savages” as their team name.

What impact has demeaning sports mascot language had on Native Americans?  Michael Haney, Seminole activist, told the Chicago Tribune, “As long as white America feels that Native Americans are not quite human, that we can be construed as mascots, caricatures or cartoon figures, then they will never deal with the issues of education and economic development for our people.”

This is a time for revolution of cultural values, attitudes and norms.  And this is not a spectator sport.

4 responses to “Words (and names) Matter”