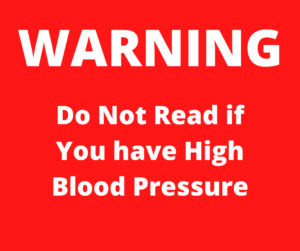 We are less than 80 days from a presidential election.

That is our existential situation. And now, the Postmaster General is enacting changes that affect the vital operations of the postal service and how it will serve millions of citizens.

The right to vote is fundamental and guaranteed in the U.S. constitution. Today, that right is in jeopardy because of inexperience and partisan actions including:

Because of these blatant tactics being used to slow the mail, the postal service has now warned 46 states that mail-in ballots may not be counted. Voter suppression is alive and well!  Unsubstantiated allegations by the president claim that mail-in ballots have a history of voter fraud, but when asked to prove his theory, there is no reply.

All of this is happening at a time when people are afraid to venture out in a crowd, so in-person voting will be down, while many people will feel they cannot trust the U.S. mail system to deliver their ballots on time. On a personal note, I am now receiving mail at my home at 8 p.m.

The policies of Louis DeJoy, the newly-appointed postmaster, have negatively affected the delivery of millions of prescription medications.  Millions of people in the United States are finding their prescriptions arriving late.  More than 90% of veterans received their medication through the mail, and shipments that used to take 3-5 days now take weeks.

Many people depend on checks coming through the mail, so this avoidable delay provides a hardship.  Census forms have a due date coming soon, and with the completion deadline already shortened by one month, time becomes even more critical. We cannot guarantee fair representation without an accurate count.

These troubling actions could have dire consequences for an honest election, and for allowing all registered voters to vote in safety.

What can you do?

Contact Republican and Democratic senators, even if they are not in your state, and urge them to provide funding for the post office, bring back the letter processing machines and allow overtime for workers.  The postmaster must be forced to meet with the senate. This is not just a “balanced-budget” issue – it is a question of basic human rights.

Because of this irresponsible action, I will vote in person. However you choose to vote, be sure to exercise this important right as a citizen.

10 responses to “Democracy Under Attack”