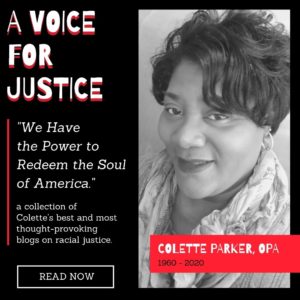 Holding Up The Light of Truth

The National Memorial for Peace and Justice is scheduled to open this week and I’m wondering if America will ever own her racial terrorism.

I am afraid that if we, as a nation, don’t confront our history, we will never be free to experience peace and justice. After all, our past – no matter how ugly — informs our present and guides our future.

For me, the Starbucks fiasco that resulted in two black men being handcuffed and arrested for what appears to be “making a white woman feel uncomfortable” is yet another symptom of our inability to even acknowledge that we have a problem with race in America.

I applaud Starbucks for trying to get out in front of the issue. But please excuse me for skeptically believing the effort is more about the bottom line and protecting the brand than about impacting our culture of systemic racism. I’m just not sure how much “training” it will take before we resolve that black and brown people should be treated like human beings.

I’m not blaming Starbucks, but I do want people to understand that what happened in Philly is indicative of what black folk experience on a daily basis. Let’s not fool ourselves into believing this was a one-time atrocity perpetrated by one bad manager.

Unfortunately, white folks’ “uncomfortableness” with black and brown folks has resulted in the arrests, incarcerations, beatings, and killings of multitudes of innocent brown and black people.

I am encouraged by the Equal Justice Initiative – a group dedicated “to challenging racial and economic injustice and to protecting basic human rights for the most vulnerable people in American society” – for making The Legacy Museum: From Enslavement to Mass Incarceration and the National Memorial of Peace and Justice a reality.

When the memorial opens on Thursday in Montgomery, Ala., it will become the nation’s first memorial dedicated to the legacy of enslaved black people, people terrorized by lynching, blacks humiliated by racial segregation and Jim Crow, and people of color burdened with contemporary presumptions of guilt and police violence.

The memorial, which commemorates the lives of thousands of black people who were lynched in the United States, sits on the site of a former slave warehouse. The museum is near one of the most prominent slave auction spaces in America. 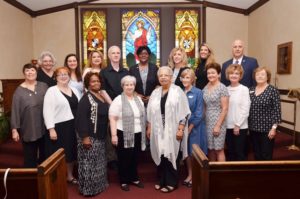 The hope of EJI is that by honestly confronting the truth about our legacy (of slavery, lynching, segregation, and injustice), we will take steps toward recovery and reconciliation.

EJI Director Bryan Stevenson puts it this way: “Our nation’s history of racial injustice casts a shadow across the American landscape. This shadow cannot be lifted until we shine the light of truth on the destructive violence that shaped our nation, traumatized people of color, and compromised our commitment to the rule of law and to equal justice.”

My hope is that we are not too uncomfortable or too tired to help hold up the light of truth.

Posted in Thought of the Day