Apparently, legislators in 34 states think so, when they passed “Stand Your Ground” legislation. Click here to learn more about Stand Your Ground laws from Giffords.org.

Florida is one of the 34 states with a Stand Your Ground law, with a notable murder in 2012 when George Zimmerman killed Treyvon Martin, an unarmed Black teenager.  Zimmerman pursued Treyvon, under the stereotypical assumption that Treyvon was in a white neighborhood to rob one of the houses.  He shot and killed Treyvon, who was holding candy, not a gun.  The ending of the trial was predictable, with Zimmerman being acquitted under the Stand Your Ground law.  This murder was the genesis of the modern Black Lives Matter movement.

Why should opposing the Stand Your Ground law matter?  According to Everytown for Gun Safety, there are several compelling reasons to oppose such legislation:

Click here to read a recent study from Everytown For Gun Safety.

What can citizens do to address this “license to kill,”  masquerading as self-defense?  If you live in a state that has not has not passed a Stand Your Ground law or is considering passing such a law, it is critical to call, write or meet with your state representative or senator and urge opposition to the bill.  A letter to the editor on the issue is also helpful, and may encourage others to do the same.

Resources on gun safety include:  Everytown for Gun Safety, Moms Demand Action for Gun Sense in America, and the Brady Center to Prevent Gun Violence. 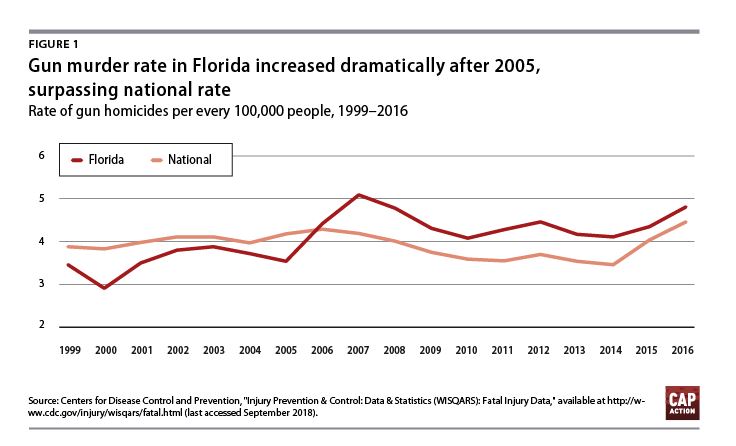 As we continue to address systemic racism, the issue of gun violence against African Americans needs to be an important issue for discussion. Stand your Ground Laws are often used to justify gun violence against people of color, as detailed in this report from the Giffords.org and the Southern Poverty Law Center.

Stand Your Ground laws signal a state’s unmistakable support for armed public confrontations, not a way to encourage safety or peace. As people of peace, we need to speak up for repeal and to prevent these dangerous laws from spreading across our nation.

One response to “Stand Against “Stand Your Ground””