Is it time for another moon shot?  In the 1960s President Kennedy sparked the imagination of the American people by declaring that astronauts would go to the moon, “Not because it is easy, but because it is hard.”  His prediction demanded a large amount of financial support, determination, and imagination.  President Obama called for another moon shot to cure cancer.  We are still waiting in hope that successful outcome.

The “American Jobs Plan” initiated by President Biden is an ambitious effort to repair the nation’s infrastructure from roads and bridges to expansion of broadband, to the long-standing need for replacement of water pipes that contain lead, so that cities can provide clean drinking water.  For me, the next moon shot in the post-Flint, MI, era is clean drinking water. The crisis in that city should have been a wake-up call for our leaders to address – and it’s time to rouse them from their slumber.

When leaders in Flint decided to switch the city’s water source from the Detroit river to the Flint river, children paid a high price by accumulating high levels of lead in their bodies.  The city lived on bottled water and still has not fully recovered.  The Center for Disease Control estimates that the number of children with elevated blood lead levels in the United States is 1.2 million and the numbers are likely to go up, and many of these children suffer from long-term neurological damage.

President Biden’s bill proposes to replace 100% of the lead pipes and service lines.  The EPA estimates that improving and maintaining the nation’s water infrastructure over the next 20 years will cost about $750 billion – but that investment is offset by the positive impact on society.

Lead’s impact on the brain — particularly the developing brains of children and fetuses — is severe and systematic, “resulting in reduced [IQ], behavioral changes such as shortening of attention span and increased antisocial behavior and reduced educational attainment.” These impacts are felt at even low levels of exposure. What is the societal cost of generations of children with low academic achievement, low impulse control leading to crime and to teen pregnancy, and increased danger of addiction?

A 10 percent drop in the crime rate associated with lead abatement would generate $150 billion per year in benefits. A 2009 study by Elise Gould suggested that eliminating lead paint alone would generate somewhere between $41 billion and $199 billion in reduced expenditures on health care and special education, plus $25 billion to $35 billion in extra tax revenue. Just imagine what removing lead from the drinking water of young children could do. 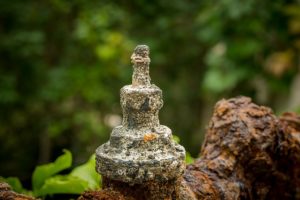 Children in the richest country in the world (and in all countries) deserve clean drinking water.  This is not a Democratic issue or a Republican issue, but a moral issue.

This moon shot must be successful.

6 responses to “A Moon Shot to Save Lives”