Rep. Espailiat made these remarks after introducing the Federal Death Penalty Abolition Act of 2021.  He speaks for the majority of people in the United States who support abolition if the law provides an alternative, such as life without parole.  In spite of this support, congress has failed to abolish the federal death penalty.  Under President Trump thirteen federal prisoners were executed in the span of six months.  It had been 17 years since a federal execution had been carried out.

Support for the death penalty rests on myths.  The myth of deterrence against future crime does not hold up since many states with the death penalty have high rates of murder. The majority of murders can be classified as irrational acts, and the perpetrators are unlikely to have considered the possibility of a death sentence before and during the crime.

The belief that capital punishment is less expensive than life in prison is inaccurate.  The huge cost of appeal after appeal easily refutes that argument.

It is important for the focus on capital punishment to be on the morality of taking a life.  We can view the moral perspective in several ways: 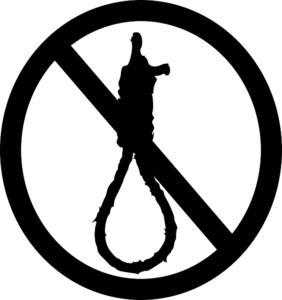 President Biden, as a Catholic and as the first sitting U.S. president to openly oppose the death penalty, is limited in what he can do to end the death penalty. He can commute the sentences of all persons on federal death row today, and he can tell the justice department not to sentence people to death. These tactics will only be effective during his time in office.

Biden could sign a bill to abolish the death penalty, but that would require Congress to pass one first. Given the current obstructionist relationship between the Executive and the Republican party, that could be difficult, although thirty-seven members of Congress have urged the President to support the Federal Death Penalty Prohibition Act, sponsored by Rep. Ayanna Pressley, D-Mass., and Sen. Dick Durbin, D-Ill.

We – YOU – can save a life.  Please contact your U.S. senator and ask that he/she vote to eliminate the federal death penalty.

We can make a difference!  It has already been done in many states.  “Thou shalt not kill” is not a suggestion.