Imagine living in a land controlled by the military rule of another country, which disrupts every aspect of daily life.  This occupation affects whether, when and how you can travel to work, or school, go abroad, visit relatives, earn a living, attend a protest, access farmland or even access clean water.  This is the everyday experience of Palestinians.  They are “strangers in their own land” since 1967.  This iron-clad control has seen no relief, with Republican and Democratic presidents providing support for Israel in the form of military aid and vocal support.

The United States at times has called for a two-state solution but rarely focuses on human rights, which would create an independent Israel and Palestine.

According to Amnesty International, Israel for many years has continued its illegal air, land and sea blockade of the Gaza strip, restricting the movement of people in and out of the area.  They have stopped the entry of construction materials and fuel into Gaza repeatedly, which shut down the only power plant in Gaza.  This has caused the reduction in the supply of electricity, which has only been available for four hours a day, during the time of COVID.  Further, AI reports that Israeli soldiers continue to torture Palestinian detainees, including children—beating, applying painful shocking and sleep deprivation.

No one can dispute the right of Israel to protect itself, but illegal and immoral violations of international law, ignoring United Nations resolutions year after year, can only fuel the flames of desperation of an occupied people whose voice is not being heard.  Peace can only be achieved by respecting human rights, especially the rights of children.

Voices of concerned citizens need to be heard to end a tragedy of countless lives lost, human rights ignored and failures of leadership. 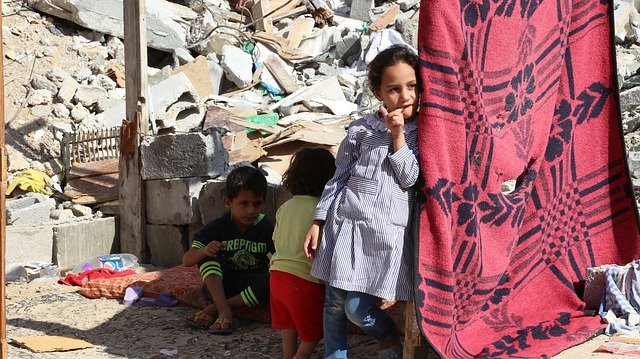 It is time to call on President Biden to broker a cease-fire to de-escalate the situation.

As Israel continues to build settlements on the occupied Palestinian West Bank, President Biden needs to call a halt to this illegal action.  Words need to be backed up with the understanding that U.S. military aid to Israel will be suspended until this action ends with a withdrawal agreement.

The often mentioned two-state solution needs to be front and center, with the United Nations providing the leadership role, supported by the United States.

Palestinians, as people of every nation, have the right to freedom of movement, freedom to work, get an education and not live in fear of military occupation.  This can happen if real leadership happens, and the voices of concerned citizens are heard.

3 responses to “Palestine – When Peace Is Possible”