Invitations from the Eco-Justice Committee:

If you are interested in joining the Eco-Justice Committee, you are invited to contact Judy Hardy at jhardy2@insight.rr.com

You are invited to share other suggestions for addressing this goal. You can include them below or send them to Judy Hardy at jhardy2@insight.rr.com

At our pre-chapter assembly on July 7, Sister Addie Lorraine Walker SSND, challenged our Sisters and Associates to look more deeply at the elements of racism within ourselves, our congregation, our ministries, our church and so many of the systems which regulate our lives in this country. During one of our breakout sessions, we were asked to discuss and share ideas that could lead to dismantling racism.

Talk about a daunting task! How would I try to dismantle a system that still exists in various forms and situations for over 400 years? Many folks searched deeply to make concrete suggestions and create plans and models. Many became discouraged and acknowledged that the best they felt they could do because of age, infirmities, a lack of knowledge, etc. was to support all efforts by their prayers. That is absolutely fantastic and no small action, because it means the person praying believes in the need for actions.

The resources available to us in publications, online and hard copy, in all sorts of media from movies to TED talks to music, is astounding. We never learned this stuff in school and by now, we all realize that there was much we never heard about that could be called the “sin history” of the United States. There is still plenty to learn, trust me.

For instance, did you know that on this date, July 28, 1917, 10,000 African American men, women, and children marched in the city of New York as a public response to the lynchings and racial violence going on around the country? It has been dubbed “The Negro Silent Protest Parade.” Not a word was spoken as they walked silently down Fifth Avenue. The children led the way and were followed by people carrying a banner that proclaimed “Your Hands Are Full of Blood”.

The website eji.org has a link to The Racial Justice Calendar. EJI stands for Equal Justice Initiative and has tons of information where one could spend hours just checking it all out, but we do not always have hours to do that. The calendar is a simple tool and could be sent to your daily email to provide another avenue for information, reflection and daily prayer intention.

We don’t have to do major acts to show we care or have an interest in an issue. Small everyday measures can achieve just as much. And we just keep learning!

Prayer for Truth
The Dominican Sisters of Hope have asked us to join with people of faith to pray for the guiding principle of our charism… Truth. As an Order whose motto is Veritas (Truth), these times where truth-telling is being overridden by false narratives repeated over and over are most disturbing.

From July 22nd through November 7th (the Feast of All Dominican Saints), we invite you to say a prayer for Truth every day. The Dominican Sisters of Hope have prepared a prayer that you can access by clicking here, or you may create your own. The Sisters of Hope also ask that you commit to one act of daily fasting so justice can prevail.

Helping Provide a Lifeline for Children
In today’s Peace and Justice blog, Sr. Judy Morris addressed the importance of the new Child Tax Credit made possible by The American Rescue Plan. The Children’s Defense Fund is working to make this lifesaving funding available long term and to correct inequities in the system. Click here to see how you can help.

Medical Equity is Justice
While the United States has a surplus of COVID-19 vaccines, many countries around the world still have little to no access to them. This inequality has led to prolonged shutdowns, worsening hunger and poverty, and avoidable sickness and death around the world. In addition, virus variants are emerging in areas without vaccine access and threatening to make existing vaccines less effective.

At a time when the country needs some good news in the midst of devastating fires, deadly heat, and COVID 19 on the rebound, we were greeted with headlines that the Child Tax Credit legislation came to fruition.  According to experts in the field, this program can cut child poverty in half.  As part of the American Rescue Plan signed by President Biden on March 11, this bill addresses the sobering reality of childhood poverty in the United States.

According to the Children’s Defense Fund, one in seven children in the United States in 2020 lived in poverty, and one in five children of color were poor.  The arrival of COVID – 19 exacerbated this reality.

It is hard to forget the tragic scenes of thousands of cars lined up to receive food during COVID, waiting for hours for emergency food, for many for the first time.  Many simply wanted to feed their children.  With schools being closed for most of the year, that meant that free school breakfast and lunch programs ended or became more difficult to access. Social service agencies, food banks and churches had to scramble to fill in the gaps and provide food for families with unemployed parents.

Public Democracy of America notes that the increase in Child Tax Credits will provide increased access to new resources, and an estimated 65 million children will be positively impacted by monthly installments.  The program will provide $300 a month for each child under age six and $250 for each child ages six – seventeen each month.  Half of the funds are applied immediately and the remaining half during the 2022 tax season.  This is a long-needed lifeline for struggling families.

The COVID-19 crisis brought many families to the breaking point, especially parents and caregivers who lost jobs and regular incomes.  Increased unemployment payments supplied by the federal government helped many, but GOP governors across the nation have cut them off in an effort to support businesses looking for employees. With more active COVID-19 variants and the inability to vaccinate small children, many parents are afraid to return to work, and this Child Tax Credit is needed support as they try to protect their families.

The Child Tax Credit support is a “hand up” that enables parents to provide food, stable housing, and childcare.  However, one major weakness in this program stands out, and that is the fact that this does not cover families with a single parent.  These families are experiencing even greater need.  Does it make sense to punish children because another parent abandoned the family, died, or divorced?   An irrational policy that was not thought through helps no one.  Congress needs to act and provide coverage for single-parent families and make the Child Tax Credit permanent.

Children have suffered psychologically because of the loss of familiar structures such as school, in-person social services, interaction with peers, and wider family units.  Parents and children need the reassurance of financial resources that can cover basic human needs.  It is up to the powers that be to do just that. 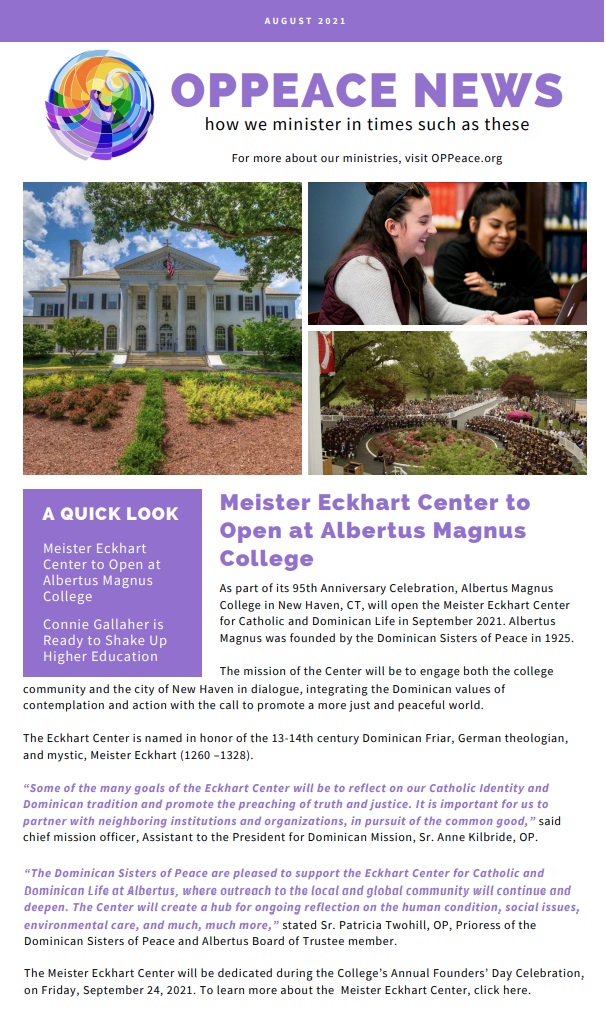 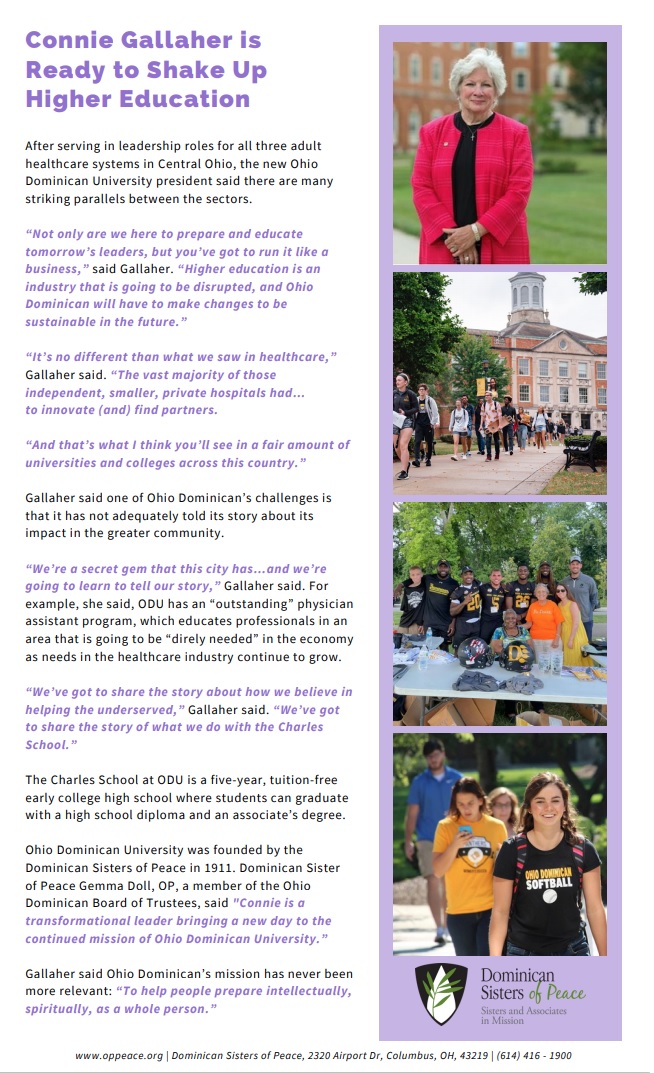 OPPeace News will return to its print version with the September 2021 issue. If you have missed an issue of the OPPeace News, please click here for our archives.