Donors like Mackenzie Scott deserve all the applause they receive.  One of the privileges I have in working with Water With Blessings is to thank donors for their generous gifts—gifts that save lives.

According to the Institute on Taxation and Economic Policy, at least 55 companies in the United States paid no federal corporate income taxes, despite enjoying substantial pretax profit. These tax-shirking companies represent various industries and collectively made almost $40.5 billion on U.S. pretax income in 2020.  The 55 companies would have paid a collective total of $8.5 billion for the year had they paid that rate on their 2020 income.  Instead, they received $3.5 billion in tax rebates.  From FED EX to NIKE to AMAZON, corporations have found ways to avoid paying federal income taxes. 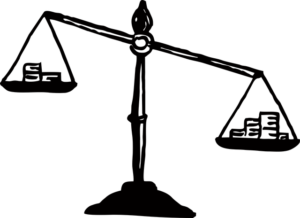 In 2017, the Trump administration tax bill greatly benefitted millionaires and billionaires, but not middle-class workers.  In 2021, Republican Senators are refusing to fund the IRS tax enforcement staff, even though the agency has lost 20% of its staff through budget cuts. These enforcement officials would the people that help prevent people and companies from cheating the tax code, and it was expected that they would help add more than $100 billion to federal coffers.

People like Scott or organizations like Nike Purpose or Fed Ex Cares can easily afford to donate billions to nonprofit organizations because they have benefitted from the 2017 tax bill and years of tax loopholes.

The need for a level playing field for paying taxes is clear. The working poor and middle class continue to struggle to pay the bills and have money to set aside for retirement.

The United States continues to struggle with large numbers of homeless people, skyrocketing childcare costs, affordable health care and deteriorating infrastructure.  Federal taxes paid by large corporations could have provided much needed relief in all these areas.

There is a reason “the poor are always with us.”  Powerful decision-makers can change the script with financial decisions that respect the basic rights and dignity of all its citizens.

8 responses to “A Taxing Question”

We are blessed to have eight women in formation for religious life.