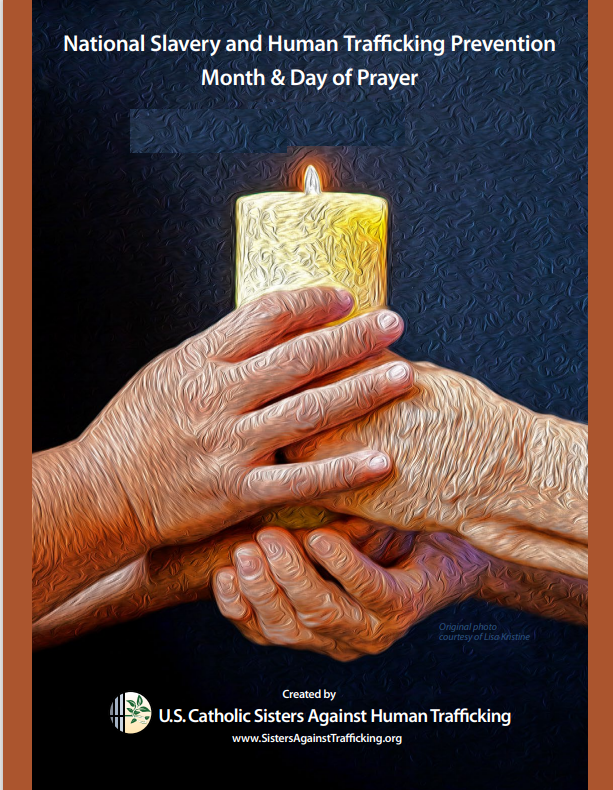 Why does Human Trafficking Happen?

Poverty is one of the largest contributors to human trafficking. It can drive people to become traffickers; it can drive parents to sell children or other family members into slavery. People in poverty are targeted by traffickers, who offer them a way to earn money when, in fact, they will actually earn nothing and be treated as a slave. Poverty also plays a large piece in many of the other root causes of trafficking, driving people to migrate, making education and legitimate work difficult to obtain, making recovery and safety from war and disaster impossible, and more.

A lack of education can lead to decreased opportunities for work at a living wage, and it can also lead to a decreased knowledge of one’s rights. Both outcomes can cause people to be at a greater vulnerability for human trafficking. Education can also empower children to make changes in their community as they grow older that will prevent situations and vulnerabilities of which traffickers take advantage.

Demand for cheap labor/demand for sex

Basic economics tells us that for a market to form, supply and demand need to exist. The demands for cheap labor and for commercialized sex lead to opportunities for traffickers to exploit people. Traffickers can make a large profit by producing goods and services through cheap or free labor and selling the products or services at a higher price. Commercialized sex is a lucrative market that allows traffickers and pimps to become the only profiter from their victims through an endless cycle of buyers and high prices.

In many countries, marginalized persons lack institutionalized human rights, which can make them more vulnerable to trafficking. Traffickers can prey on these marginalized groups because they lack protection from law enforcement, their families, and even the society they live in. When countries lack fundamental laws regarding human rights, traffickers feel as though they can get away with what they are doing more easily. Worse, in some countries, including our own, these laws can also end in punishment for victims.

When people lack legitimate economic opportunities, it can lead to increased vulnerability to human trafficking. Groups that are especially vulnerable in this area are migrants without work permits, those who lack education, those who live in rural areas where there are fewer jobs available, and women and certain ethnic groups who may not be able to get jobs due to discrimination. Traffickers offer seemingly legitimate jobs to people who cannot get them otherwise, only to lure them into forced labor, sex trafficking, bonded labor, and more.

In many countries, cultural practices and social factors are a major cause of human trafficking. In some places, bonded labor is seen as an acceptable way to pay off debt. In other places, selling children to traffickers is the norm, especially for poorer families in rural areas. Some countries, such as Mauritania, still practice antiquated slavery, where families are held for generations by slave-masters. There are also instances, like in Uzbekistan, where forced labor is institutionalized. During the cotton harvest, all adults and children are expected to work in the cotton fields until the crops are harvested. Cultural and social factors can also prevent victims from seeking help.

Conflict and natural disasters can lead to economic instability and lack of human rights, giving traffickers an advantage and making people more vulnerable to human trafficking situations. In conflict zones and wars, some rebel or military groups will use child soldiers and keep sex slaves. Additionally, both conflict and natural disaster can lead people to migrate out of their hometowns and home countries, making them more vulnerable to traffickers, especially if they are looking for work or paying smugglers to get where they want to go. And with increased economic instability, traffickers have opportunities to offer false job offers to people, leading them into trafficking situations.

One major cause of human trafficking is the large profit that traffickers gain. This is an incentive for them to continue trafficking people in both forced labor and sex trafficking. For traffickers using forced laborers and bonded laborers, they get cheap labor and can sell their product or service at a much higher cost. For those using sex trafficking, they can easily take all of the profit, forcing women to make a certain amount each night, and keeping them in the situation through drugs, violent force, threats, and more.

People looking to migrate out of their home countries due to safety concerns or economic opportunities are especially vulnerable to traffickers. Traffickers can use illegal smuggling as a way to trick people into forced labor or sex trafficking. For migrants looking for jobs in other countries, traffickers typically offer them job opportunities that seem legitimate, only to force them into a trafficking situation. For instance, when Russia was preparing for the Sochi Olympics, several men from Serbia, Armenia, Azerbaijan, and other nearby countries were promised construction jobs, only to be paid very little and be treated poorly. And many women from countries like Nigeria, Ukraine, and other Eastern European and African countries are offered nannying or restaurant jobs in Western Europe, only to be trapped in sex trafficking.

Beyond cultural practices, the profit, vulnerabilities of certain people groups, lack of human rights, economic instability, and more, traffickers are the ones who choose to exploit people for their own gain. While many of these factors may play into the reasons why traffickers get into the business, they still make a willful decision to enslave people against their will — either because of the profit, because they believe that certain people are worth less, because of the abuse that they themselves experienced.

Trafficking ultimately exists because people are willing to exploit others.

How Can YOU help Combat Trafficking?

You can use your voice to speak up for victims and to work for prevention. Here are some ways you can take action.

ADVOCATE
Trafficking Victim Prevention and Protection Reauthorization Act of 2021
Please urge your Representative to co-sponsor the Frederick Douglass Trafficking Victim Prevention
and Protection Reauthorization Act of 2021 (TVPRA) HR 5150 bill. Programs that are currently being
funded by the previous TVPA are set to expire soon. It is critical that this legislation is brought to
Congress before survivors lose access to these much-needed services.
The bill will reauthorize vital programs across a wide coalition of U.S. government departments that
address human trafficking at an estimated cost of 1.6 billion dollars. Click here to send
a letter to your Representative.

The Violence Against Women Act
The Act provided $1.6 billion toward investigation and prosecution of violent crimes against women, imposed automatic and mandatory restitution on those convicted, and allowed civil redress when prosecutors chose to not prosecute cases. The Act also established the Office on Violence Against Women within the Department of Justice. This bill was allowed to expire under the previous administration. It passed the House in March, 2021 and has been stalled in the Senate since then.

CONNECT WITH LEGISLATORS
Reach out to your local and national legislators to let them know you care about ending human
trafficking and supporting survivors! You can use our helpful intro packet that explains the
connections between human trafficking and other justice issues like gender equality, economics,
racism, climate change, and immigration. Click here for resources from US Sisters Against Human Trafficking.

You can also reach out to your legislators to let them know about your support for the National Action Plan to Combat Human Trafficking, which was released by the White House as part of the commemoration of National Slavery and Human Trafficking Prevention Month. Click here to review the plan.

Watch. Listen. Save a life.

You may come in contact with victims of human trafficking in your daily life. The best way to help save a trafficking victim is to pay attention to people you actually know or interact with – your students, your tenants, your children, your patients, your co-workers.

It is all about two magic words: Context and proximity.

Hotels & Motels
Hotels and motels are common venues for both prostitution and sex trafficking, and it can be difficult to distinguish between the two, which is why it is important that concerns about potential trafficking be reported to the U.S. National Human Trafficking Hotline rather than directly to law enforcement, which could lead to arrests. Labor trafficking also takes place, where contract workers such as housekeepers may be exploited. They are also common venues for traveling sales crews to house trafficked workers. Below are some potential indicators of sex and/or labor trafficking that may also be indicators of prostitution.

Healthcare
Research shows that the majority of human trafficking survivors had some contact with the health care system during the time they were being exploited. Health care providers are often in the position to recognize that something is wrong and take steps to provide support. Potential red flags specific to a health care setting may include:

Nannies, House Cleaners, Home Health Aides
Nannies, house cleaners, and home health aides labor in isolated conditions that put them at risk for trafficking. The vulnerability can be compounded by the fact that many domestic workers are immigrants who may not know their rights in this country. Indicators of potential concern include:

Familial Trafficking
Educators and social services professionals may be in a good position to learn about trafficking situations and help connect victims to services. At least one international study found that almost half of identified child trafficking cases globally began with the involvement of a family member. Victims are sold for sex or forced to work in family businesses. Familial trafficking often goes undetected. While familial trafficking can and does happen in families that appear entirely “functional” or “normal” to an outsider, there may well also be signs of other kinds of child abuse or neglect – which may, in fact, include trafficking. The American Academy of Pediatrics offers information about recognizing child abuse more generally.

Agriculture, Forestry, and Construction
The majority of labor trafficking cases learned about on the U.S. National Human Trafficking Hotline involve immigrants, many of whom are in the United States on legal temporary work visas, some of which require that employers provide housing. In general, housing and similar living/working conditions may be the best indications available that something is not right in the workplace. Examples might include:

In 2014, Pope Francis stated during his Declaration on the International Day for the Abolition of Slavery:

“Modern slavery, in terms of human trafficking, forced labor and prostitution, and organ trafficking, is a crime against humanity. Its victims are from all walks of life but are most frequently among the poorest and most vulnerable of our brothers and sisters.”

As we observe this National Slavery and Human Trafficking Prevention Month, the Dominican Sisters of Peace will share resources to help educate, advocate, and take action against trafficking wherever we may see it.