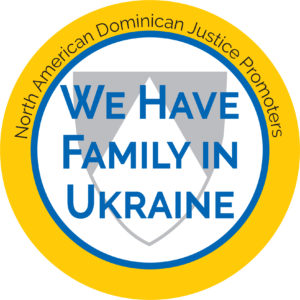 The Dominican Sisters of Peace speak out to protest the terrible injustice of the giant Russia invading its small neighbor, Ukraine, with the intention to gobble her up, destroy her identity, and absorb her citizenry.  This blatant aggression against a sovereign country breaks black-letter international law, not to mention laws of morality.

The Dominican Sisters of Peace across America join with Churches, other nations, and humanitarian groups around the world to say that this unprovoked aggression is unacceptable.  The outrageous greed and brutality of Russia’s leaders undermine a path to peace and reconciliation not just for Ukraine, but for all of Europe.

We stand in solidarity with the Russian people who are so committed to peace that they risk arrest and long-term consequences.  More than 1800 were detained for protesting their country’s aggression against Ukraine in just one day. Their example of moral fortitude inspires us to more noble and courageous response.

History shows that war always leaves both the “winner” and “loser” broken, wounded, and poorer.  Military aggression devastates human life, the national economy, the political infrastructure, and environmental resources, of which Ukraine has many.

If these are not reasons enough for condemnation of Russia’s invasion, let us remember that it is in our own nation’s best interest to prevent the European continent from the threat of a single hostile and dominating power. It is for this reason that the United States has invested in the North Atlantic Treaty Organization and other institutions.

We hold in prayer all the people of Ukraine and Russia who long for peace and human dignity.  May the Holy Spirit inspire leaders of all nations, Churches, and people of goodwill to ease human suffering and restore the rights of sovereign nations.

In prayer for God’s peace – 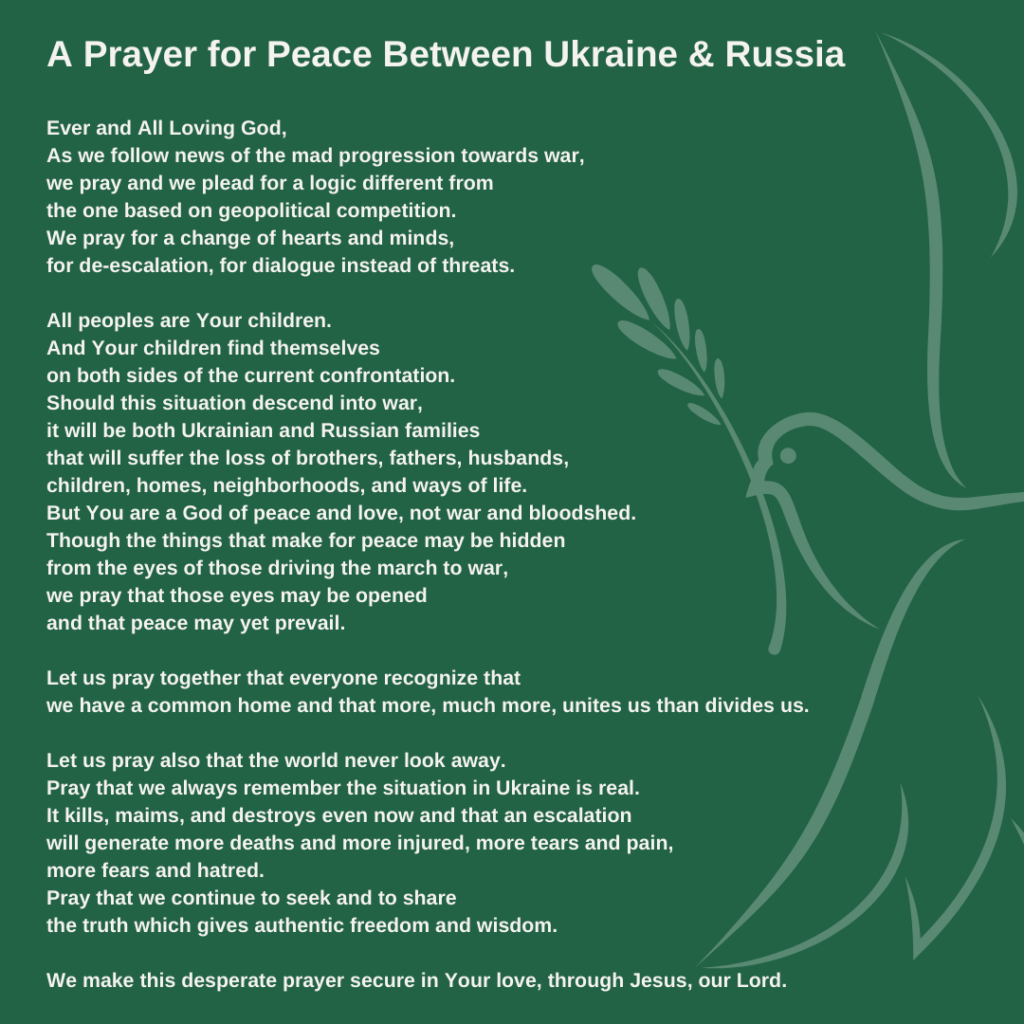 Letter from Cardinal Bras de Avis, Prefect of the Congregation for Institutes of Consecrated Life and Societies of Apostolic Life

Dominican Sisters Ministering in and Around Ukraine.

A letter from Dominican Friar and Master of the Order Father Gerard Francisco Timoner III, OP, to the Dominican Family.

The Litany of Saints and Blesseds of the Dominican Family