Democracy in the Rear View Mirror

Just when you think voting in the United States could not get any weirder, 43 states decided to find a myriad of ways to restrict voting.  After over 60 judges around the country declared there was no voter fraud in the presidential election, and with the U.S Supreme Court adding their agreement, we continue to find efforts to relitigate what has been uniformly confirmed.  Georgia provided a hand recount and a machine recount, with the conclusion remaining the same.  Other states initiated voter recounts with no fraud found.

I guess good news is hard to accept.

Back to the weird season.  There are currently 253 bills in 43 states intended to restrict voting.

According to the Brennan Center for Justice, these are some of the amazing and transparent pieces of legislation:

The list of restrictions is exhaustive.  One that caught my attention came from Georgia.  One bill would make it a misdemeanor to provide water or a snack for those standing in long lines to vote.  It should be noted that just between the 2020 Presidential election and the 2021 Senate runoff, more than half of the polling places in Cobb County, GA, were closed. People have stood in line at some sites for as long as six hours.  No water?  Really?

In Dodge City, Kansas a centrally located voting site moved to the outskirts of town, which means that those without a car are 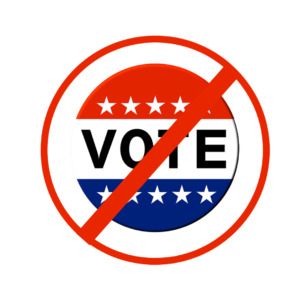 at a disadvantage.  Buses stop a mile away from the voting site.

What is the goal of these bills?  Voter suppression is clear, and the voters affected are primarily Black, Hispanic, Native American and poor.

The House recently passed HR 1, which will safeguard voting opportunities for people of all socio-economic levels.  It now rests in the Senate and needs your support.  The bill would improve national standards that would override much of what state legislators are trying to subvert.  The bill would provide universal eligibility to vote by mail, provide 15 days of early voting and would provide mandatory online voting.

This is an urgent piece of legislation.  The choice is clear—democracy or voter suppression.

If this past election has taught us anything, it’s that every vote truly matters and must be counted.

To make sure that a fair elections process happens every time, we need to produce fair election district maps, and end the process of Gerrymandering.  This is a bi-partisan issue.

In 2011 there were no rules against partisan Gerrymandering, and no Federal regulations about it.

During the upcoming redistricting process, we all could play an active role in how our political maps are drawn.

With the current districting in Ohio, for example, 55% of voters get 75% of seats. That’s a 20% difference. Vote shares and seat shares should be close.  Democrats are packed into 4 districts because of distorted boundary lines.  Therefore there’s a disconnect between how constituents feel, and how legislation is acted on.

The 2020 Census Data probably won’t be available until March, but it’s not too early to begin advocating for fair Election District maps.