Did You Know that You Could Miss Heaven by 18 inches?

Daniel Groody, CSC, a University of Notre Dame theologian has cited a flyer that he had seen once that said “Did you know that you could miss heaven by 18 inches?  Eighteen inches is the distance from the head to the heart.”  This made me smile when I heard him say it at a conference entitled “Dying to Live: Migration, Religious Life and the Eucharist,” but I am compelled to ponder the essential message to me as an Associate of the Dominican Sisters of Peace.

Recently I listened to another presentation where Fr. Groody crystalized my understanding that migration is simultaneously “one of the most complex and simplest issues because people either don’t understand the facts or aren’t listening to each other.” He calls himself a “Border Theologian” because of the existence of geographical borders among countries and spiritual borders in our relationship with God and each other.  His message is to move beyond our own “borders” and try to understand the complex task of moving from “head to heart to feet and back again.” 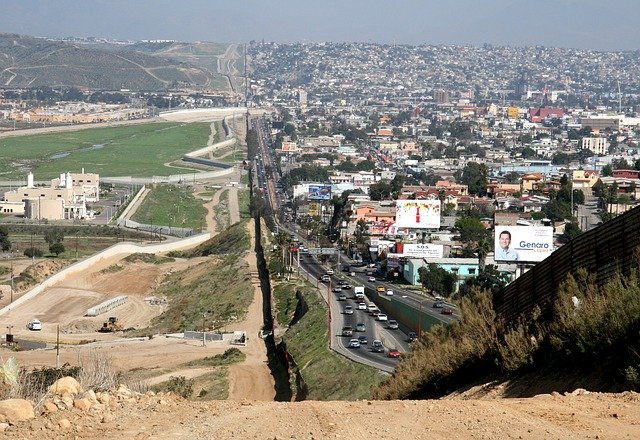 Fr. Groody suggests that in his years of trying to be a theologian and a human being, he has identified basic facts: migrants feel that they are on a journey as nobodies; migrants are struggling to become somebodies with dignity and respect; the Eucharist is the bond between us because it connects Jesus to all of us. “Theology supplies a way of thinking about migration that keeps the human issues at the center of the debate.  It offers not just more information but a new imagination, one that reflects at its core what it means to be human before God and to live together in community.”

Here’s a link to learning more about the source of “new imagination.”

The First Week with Our New President

Then it was the executive memorandum and action to allow the continuation of the Keystone XL Pipeline and the Dakota Access Pipeline as well as an order to silence the Environmental Protection Agency.

Then it was the continued allegations (with no proof) that millions voted illegally in the election, undermining the democracy and legitimacy of our elections. Followed by the action to begin construction on a border wall. Then the vote to repeal the Affordable Care Act, stripping millions of Americans of their health care access.  END_OF_DOCUMENT_TOKEN_TO_BE_REPLACED

Executive Actions Regarding Immigrants and Refugees 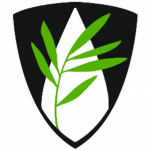 January 30, 2017, Columbus, Ohio – In response to recent executive actions by President Donald Trump regarding immigrants and refugees, the Dominican Sisters of Peace have issued the following statement:

The Dominican Sisters of Peace, in solidarity with the United States Conference of Catholic Bishops (USCCB), denounce the recent actions taken by President Donald Trump that deny the inherent human dignity of our immigrant and refugee sisters and brothers of various faith traditions. These actions include the President’s executive order to begin construction of a border wall, the denial of funding to sanctuary cities around the country, the increased detention and deportation of immigrants, and most recently, the ban on refugees from predominately Muslim countries.

We acknowledge and respect our government’s obligation to protect everyone in this country from acts of terrorism; however the President’s executive order to ban refugees is confusing and has created legal uncertainty for thousands of innocent people.

These actions further harm those most vulnerable and marginalized in our communities and our world and continue to deny basic human and civil rights to our neighbors. Fostering fear which leads to greater division, these actions are inconsistent with the Gospel of Jesus Christ where Jesus says, “I was a stranger and you made me welcome (Matthew 25:35b),” with our country’s founding principles, and our country’s welcoming message to “Give me your tired, your poor, your huddled masses yearning to breathe free, the wretched refuse of your teeming shore. Send these, the homeless, tempest-tossed to me, I lift my lamp beside the golden door!”

In his address to the United States Congress, Pope Francis explained that “…we, the people of this continent, [should not be] fearful of foreigners, because most of us were once foreigners.” In his recent letter to President Trump, Pope Francis expressed his hope that “Under your leadership…America’s stature continue to be measured above all by its concern for the poor, the outcast, those in need who, like Lazarus, stand before our door.”

We oppose the anti-immigrant actions taken by the current Administration and encourage President Trump and Congress to work to build peace and inclusivity throughout our country by welcoming the stranger in solidarity and love through prudent long established processes.

Posted in News
| Tagged in immigration

Our country’s immigration system is broken. In recent years all reasonable attempts to fix it have been turned aside. On June 23rd the divided Supreme Court prevented the expansion of the Deferred Action for Childhood Arrivals (DACA) and implementation of Deferred Action for Parents of Americans and Lawful Permanent Residents (DAPA) that had been proposed by the current administration.

END_OF_DOCUMENT_TOKEN_TO_BE_REPLACED

In this Year of Mercy proclaimed by Pope Francis we are called to take a step back and concretely meditate on how our perception of immigrants reflects the Gospel of Matthew where Jesus tells us: “I was a stranger and you welcomed me.”

With this in mind the faces and stories of several immigrants come to mind:  END_OF_DOCUMENT_TOKEN_TO_BE_REPLACED