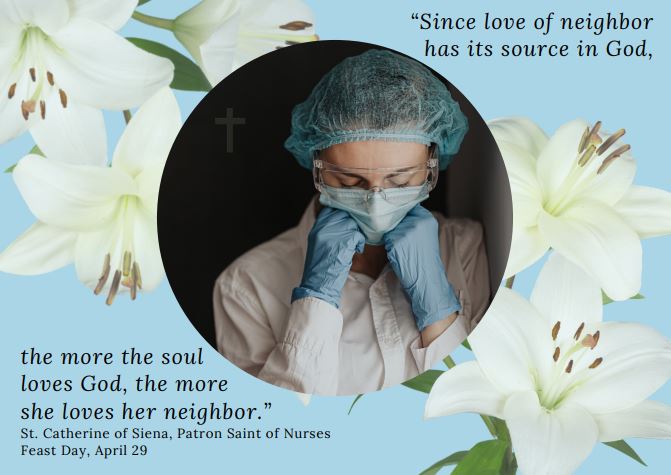 Please click here to support us in our work to assist those suffering during this pandemic.

Who Was Catherine of Siena?

On April 29, 2020, we celebrate the feast of St. Catherine Siena, nurse, mystic, diplomat, and Doctor of the Church. She was a woman of great passion, with two that were greater than all the rest – her passion for God and her passion for the welfare of others.

Catherine’s life, though brief, was meaningful and eventful, and given the events through which she lived, her life is particularly relevant to us today. More than anything, a dual passion for God and for the welfare of others consumed Catherine. As she pursued these passions, miracles happened.

Caterina Benincasa was born in 1347. At an age when most little girls were still playing with dolls, Catherine experienced her first vision of Christ. Just a year later, at the age of 7, Catherine took a vow of chastity, and at 12 told her parents that she did not wish to marry, but to devote her life to God.

When her parents tried to force Catherine to marry her sister’s widower, Catherine responded by fasting and cutting her hair in an attempt to make herself as unattractive as possible.

In 1363, at just 15 years of age, Catherine joined the “Mantellate,” a group of Dominican laywomen in Siena. Members of the Mantellate were devoted to offering service to their neighbors with unfettered generosity, rather than out of obligation.

Catherine was the first young woman ever to join this order, as all of the other members were widowed, and some did not wish to accept a member of such a tender age. But Catherine persisted and went into seclusion in a little “hermitage” she constructed in her family’s home, leaving only to attend Mass and meet with the members of her Order. Many believe that this group of women taught Catherine to read and write. During this three-year period of seclusion, Catherine began to attract a following of those drawn to her by her piety, humility, and generosity to the poor.

Members to give their service with unfettered generosity, rather than out of obligation.

When she was 21, Catherine entered into a mystical marriage with Christ, who told her it was time to end her seclusion and go out to help the people of the world. She rejoined her family and began to give many of their possessions to the poor. She also began to minister to the sick, especially during the second wave of the Black Plague that hit Siena in 1370. People were leaving Siena in droves, and Catherine and the women of the Mantellate were among the few to remain the ravaged town, nursing the sick and burying the dead. They were the “front line heroes” of their day, just as doctors and nurses are in today’s pandemic.

While Catherine is credited with miracles as varied as curing plague victims, saving the souls of the damned, and seeing the thoughts of others, perhaps her greatest gift was her persuasive diplomacy, which helped to reform and rebuild the Church in her time. 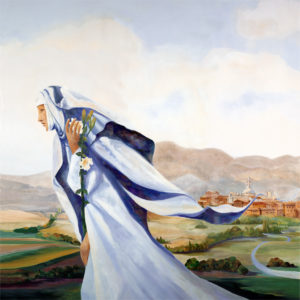 Catherine became known for her skill in negotiating political conflict, an exceptional talent for a woman in her day. During the period of the Middle Ages, Cardinals in France were opposed to the legally elected pope, Pope Urban VI. As a result, these French cardinals elected their own pope in Avignon, France, creating a schism in the Church. Catherine was responsible for encouraging Urban IV to curb his indulgent ways and present himself as a more acceptable pontiff while supporting the unification of the Church under one pope.

Catherine died in Rome, on 29 April 1380, at the age of thirty-three, having eight days earlier suffered a massive stroke which paralyzed her from the waist down. Her last words were, “Father, into Your Hands I commend my soul and my spirit.”

Famous Quotes from Catherine of Siena

Catherine’s writings include about 380 letters, 26 prayers, and The Dialogue, a record of her ecstatic experiences in the “inner cell” of the knowledge of God. She was canonized in 1461 and in 1970 was declared a Doctor of the Church. 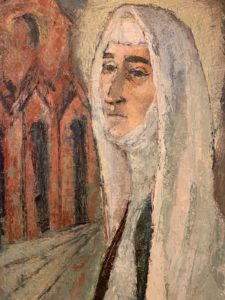 Cry out with a thousand tongues – I see the world is rotten because of silence.”
“Speak the truth in a million voices. It is silence that kills.”
“Love follows knowledge.”
“It is surely justice to share our natural gifts with those who share our nature.”
“The soul always fears until she arrives at true love.”
“These tiny ants have proceeded from His thought just as much as I, it caused Him just as much trouble to create the angels as these animals and the flowers on the trees.”
“The soul is in God and God in the soul, just as the fish is in the sea and the sea in the fish.
“Say, you are all obliged to help one another by word and doctrine, and the example of good works, and in every other respect in which your neighbor may be seen to be in need; counseling him exactly as you would yourselves.”

Dominicans Speak About Catherine of Siena

Catherine of Siena: Transformed for Service to Humanity, by Patricia Walter, O.P., Ph.D., Professor of Theology, Aquinas Institute of Theology.

Catherine of Siena as Woman of the Word: “It is Silence that Kills the World,” M. Catherine Hilkert, O.P. professor of Theology at the University of Notre Dame