“Patience, people” is the Advent call. Yet we ended the liturgical year with the call to embrace the stranger, the needy and all those at the bottom of the totem pole (Mt. 25:34ff.). Does patience mean wait, just count on prayer and trust in God to bring change? What happens to the dictum from Matthew for action? Fear not is another constant Biblical urging.

We have a both/and call for this Advent season—a time of COVID, inequalities and injustices with people lacking shelter, food, health access, immigrant/minority fears of ICE and police violence, and disasters from climate warming.

Yes, we need patience together with action from holding onto Love: when violence seeks to destroy us, when prejudice poses as freedom, hold onto love (Jesse Manibusan). We find our healing through kindness, acts of compassion; our way through the darkness of denials in speaking the truth, modeling Gospel wisdom through inclusion and reaching out to our vulnerable such as the immigrant, the feared, the different.  We encourage friends to learn and understand the realities of this day, badger our legislators and all in power to cast off their blinders for the sake of the well-being of everyone.

Thanksgiving Day often has been gray, with the leaves gone from the trees and winter beginning to blow in.  But this 2020 Thanksgiving is especially gray, with a somber tone of loss.  I find myself visualizing Thanksgiving tables around the country with an empty chair – a chair once occupied by a grandparent, mother, or favorite uncle. These were not numbers in the country’s 258,000 + people lost to COVID-19 but lives well lived.

As much as the loss of these too-many lives, I am saddened by the divisions that the reactions to this virus has produced, turning a deadly health care issue into a political issue. I recently called a donor to thank her for her contribution and wished her a “safe” day.  She responded with a blast of angry comments about evil – the evil of a hoax she called COVID. There was little time to catch my breath, and no point in saying I believe in science …the Earth is not flat …astronauts did land on the moon… and, yes, Elvis is dead.

Evil is alive and well, and conspiracy theories are one such toxic evil. They have separated families who may otherwise join each other at the table. They threaten the lives of many who are being careful but are often put at risk by those who refuse to wear a mask, and a government that has not discovered responsibility.

This pandemic was called a hoax by the president, even though he knew in January that it was very dangerous. And people died. Many governors refused to require masks and encouraged large gatherings. And people died. Health care professionals were pushed aside at a time they were needed most.  And people died. Yes, I believe evil exists.

Despite all the losses and the lost opportunities to save lives, there is much for which I am grateful.

I find the words of Kristen Clark Taylor, author and former Director of Media Communications for the Bush administration, inspiring:

“Let’s be bold in our thinking as this disease is in its deadliness.  Let’s let the numbers – the lives lost, the resulting grief, the unimaginable pain— order our steps as we move towards Thanksgiving.

Let’s train our brains to not just seek, but find gratitude, even in these dark days.  Let’s get audacious with our gratitude.”

“America Has the Best Politicians Money Can Buy”

It appears that billionaire Charles Koch has had a “come to Jesus” moment.  Koch, age 85, wants to undo the damage his many millions of dollars in campaign contributions have cost the country in polluting our air, water and land.  According to Rolling Stone, Koch Industries dumps more pollutants into the nation’s waterways than General Electric and International Paper combined.  Across its business, Koch generates 24 million metric tons of greenhouse gases a year.  Charles and his late brother, David paid a $35 million penalty in 2000 for its 300 oil spills in Texas and other states.  This was only one of many lawsuits.

As far as funding political campaigns go Koch recently remarked to the Huffington Post, “Boy did we screw up.”  He now wants to work across party lines for solutions to poverty, gang violence, homelessness, and other social problems.

For all who consider the urgency of passing real campaign finance reform, this is a classic tale of billionaires and millionaires setting the agenda for the country.  Oil companies influence elections just like the 44 billion of the Koch brothers.  They provide astronomical funds for candidates who will protect the interests of the fossil fuel industry.  The pharmaceutical industry pours in millions to make certain they can continue to increase prescription drug prices and block generic drugs whenever possible.  The NRA has been successful in electing senators and representatives who refuse to support responsible, common-sense gun legislation.  Their name is legion. It is called “dark money.”

For many decades citizens have bemoaned the reality of “dark money” and hoped that the next election would produce a congress and president willing to provide solutions, not promises.  There was a start in 2002 when the McCain-Feingold bill passed, regulating “soft money.”  This was undermined by the Supreme Court in its Citizens United decision.  The decision basically said the corporations were people.  Really?  I believe corporations are corporations and look for ways to maximize profit and make shareholders happy.  This does not help the senior who must cut her pills in half in order to have enough money to pay the utility bill and buy food.  She sees prescription drug prices go through the roof. 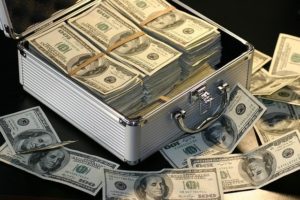 What can we do in 2021, with a divided government (waiting for Georgia) to determine addressing ongoing problems like campaign finance reform.?  Both parties have been reluctant to take on campaign finance reform because it takes big money to be successful in a campaign. That, however, should not prevent the people who elected leaders to call them to do the hard work of reform.  We need a bill to set a maximum for donations from citizens and corporations and not a sky-high maximum.  Ideally, neither candidate donations will exceed a certain amount.

Righting the ship of the country is worth the effort.

Can we exhale now?  As sales of muscle relaxants, sleeping pills, and bourbon escalate, I suspect many people are asking that question.  While most pundits predicted a bumpy ride, no one could have predicted the bizarre and mind-numbing behavior at election sites where poll workers attempted to count the votes.  In Arizona and Pennsylvania, men armed with military-style assault weapons (AR-15 and AK-47) were a menacing presence.  Workers needed to have police escorts to return to their cars.  Of course, those gathered were not wearing masks, adding another layer of danger. This would have been a good opportunity to remind protesters that the first amendment gives us the right to protest, not to intimidate.

Noted conspiracy theorist Alex Jones found his way to Phoenix to claim that voting in the country was all a fraud.  Previously, Jones maintained that the Sandy Hook massacre, killing 26 students and staff, was a hoax intended to take guns away from Americans.  He continues to maintain that the COVID-19 pandemic is a hoax.  Chants of “count the vote” could be heard outside of Elections offices as workers were doing just that.

Since Joe Biden has been declared President-elect, I hope this will be the dawning of a new era of respect, understanding, and peace.

What has been deeply disturbing during the last four years is the fracturing of relationships.  Divorce has escalated overheated political disagreements.  Long-term friendships have ended, and holiday dinners have been carefully orchestrated, if not canceled.  When a daughter found out how her mother voted she screamed, “You are no longer my mother!”  Kellyanne Conway and George Conway, of Lincoln Project fame, ended their political involvement because their children indicated they no longer wanted to be part of the family.

There are hopeful signs that the carnage of disrespect and vitriol may decline.  We have a President-elect who, as a member of Congress, was comfortable and successful at reaching across the aisle.  Republicans in the past have praised his ability to bring people together. 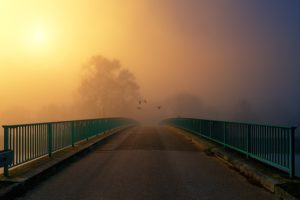 As the dust settles, it is up to all citizens to push the restart button.  Instead of bemoaning the past, we need to seize the opportunity to rebuild relationships and rebuild a country suffering from deep racial, cultural and political divisions in the midst of an out-of-control pandemic.

What are the tools we need to bring to this new era?  I believe we need to bring patience (incremental progress is still progress), understanding, and the willingness to become professional listeners.  Real listening is the key ingredient.  Not much listening has happened in the last few years.

My grandfather was a civil engineer who built bridges around Kentucky.  I do not remember him because he died when I was three years old, but I see many bridges and think his work of building bridges must be our work.

Can we roll up our sleeves and start over, becoming bridge builders in the most challenging of times?

Where would you begin?

That he acts with integrity when it comes to the environment …
That he re-joins the Paris Accord…
That he appoints qualified/committed people to head the Environmental Protection Agency (EPA), The Department of Energy (DOE), the Department of the Interior- The U.S. Fish and Wildlife Service (FWS), National Park Service, United States Geological Survey, the Department of Agriculture, and the National Oceanic and Atmospheric Administration…
That he reinstates the environmental regulations that have been abandoned these last four years…
That he works to make where we live both air and water pollution-free…
That he protects our national parks and public lands from industrial exploitation …
That he works to make our nation less dependent on fossil fuels through regulation and the enforcement of those regulations …
That he commits to green energy (e.g. solar and wind) and makes the creation of green energy jobs a priority …
That he promotes/supports the production of U.S. built electric cars and the development of a nationwide network of electric charging stations and the improvement of the infrastructure of our roads and bridges…That he ensures the improvement and security of our electric grid… 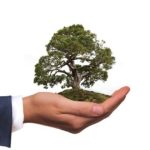 That he supports and works with Congress to promote the provision of economic aid to villages, towns, cities, states, reservations, and territories ravaged by the effects of climate change…
That he institutes a modernized Civilian Conservation Corps that provides jobs for men and women which focus on environmental conservation…
That he champions and recognizes environmental stewardship by individuals, groups, corporations, and industries at an annual presidential award ceremony.

That’s my hope.  What’s yours?