Jesus is the image of the invisible God – Colossians 1:15

Several weeks ago, two sisters and I drove east from Ohio to Rhode Island. This was the same week as Pope Francis’ visit. As we traveled east on the Pennsylvania Turnpike, we saw huge electric traffic signs reading, “Pope Francis in Philadelphia. Take alternate route.” In New York, the signs read, “Major event in NYC. Expect delays.” Likewise in New Jersey, we were advised, “Major event. Make alternate plans.” We weren’t able to attend the festivities but we did watch and listen to the Pope’s words and actions throughout his visit.

As I observed Pope Francis, the Scripture passage from Colossians 1:15, “Jesus is the image of the invisible God” came to mind. When we read the Gospel stories, we see Jesus healing a person imprisoned by demons, welcoming a Samaritan woman at a well, teaching the crowds including the Scribes and Pharisees, forgiving a betrayer. We see concrete examples of God’s love – of healing, welcoming, teaching, mercy. When I watched Pope Francis, I saw God’s love. He is also an image of the invisible God. This humble but powerful man was teaching the message of Jesus over and over again, in all kinds of venues 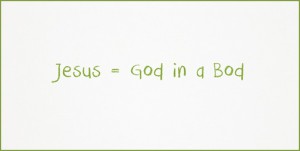 , to all kinds of people. He himself is the image of Jesus – teaching and living inclusion rather than exclusion; openness rather than isolation, mercy rather than law, love rather than indifference, respect for all including the world rather than misuse, simplicity rather than consumption. This message is compelling as seen by the number of people of all religions who resonate with it. I realized that Francis was calling me to live these same qualities. He was inviting me to be the image of the invisible God by following Jesus and living as Jesus did.

As the excitement of the Pope’s visit winds down and daily life reasserts itself, we might be tempted to take an alternate, perhaps easier, route as was suggested on the turnpike and highways. Instead, Francis urges us to take “THE” route, “THE WAY,” and follow Jesus. He further invites us to be a sign, an image of Jesus in a world that seems at times to have lost its way. Rather, we imitate Francis becoming signs of Christ.