For further information on any of the news items listed here, please contact Alice Black, PhD, OPA, Director of Communications & Mission Advancement, at 614-416-1020.

Be joyful in hope, patient in affliction, faithful in prayer.  Share with the Lord’s people who are in need. Practice hospitality.

We are blessed to celebrate and honor those Dominican Sisters of Peace who mark Jubilees of their entrance to Dominican life in 2021.

St. Dominic School/St. Agnes Academy has been named as one of the Top Workplaces in Memphis, according to the Memphis Business Journal. 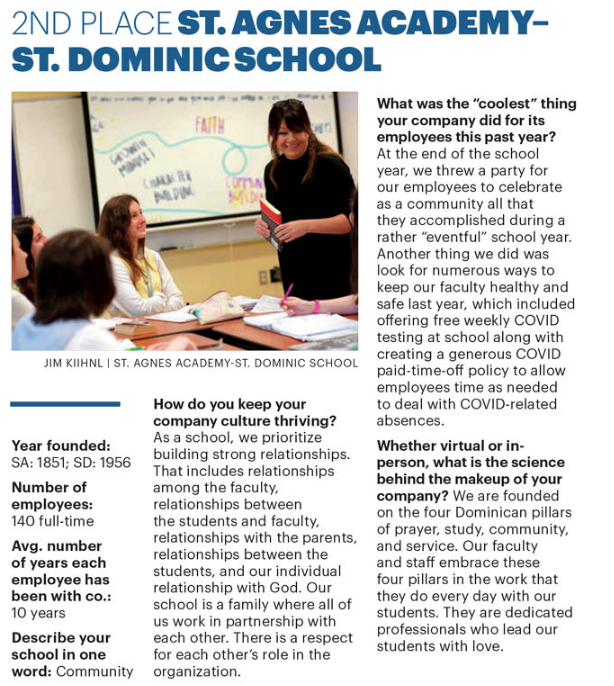 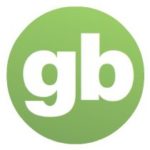 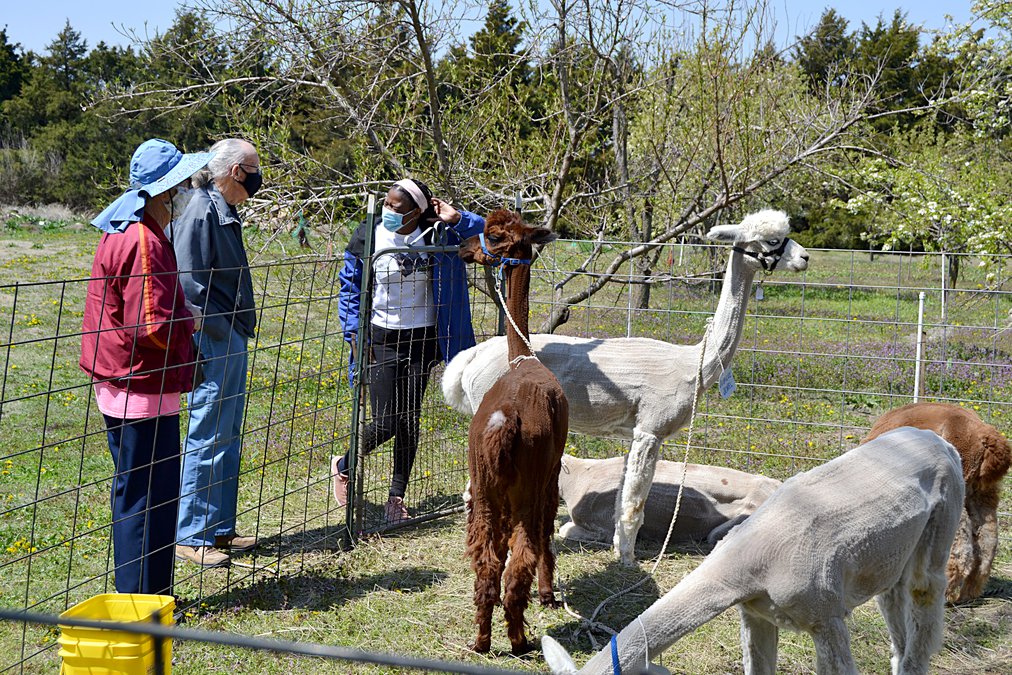 Heartland Farm, a ministry of the Dominican Sisters of Peace of Great Bend, is looking to share its bountiful harvest of farm-to-table goods once again this year.

Many of the items are produced directly from crops and plants grown on the farm through its sustainable holistic management growing practices.

This year, it will be a drive through event, in lieu of the farm’s annual dinner fundraiser. The Dominican Sisters made the decision to go this route, said Sister Jane Belanger, in response to recent rises in cases connected to COVID-19 variants in the area.

Pick-up for the baskets will be held Saturday, Sept. 18 from 1-4 p.m., at Heartland Farm, located about 14 miles west of Great Bend.

Belanger said the fundraiser will be limited to 50 baskets, and those interested must register ahead of time, either at the Great Bend Chamber of Commerce, or by visiting the farm’s website at https://heartlandfarm-ks.org/farm-to-table-2021/. Registration will be open until Wednesday, Sept. 15, or until all 50 baskets have been purchased.

Also as part of the fundraiser, the Sisters will have two separate raffles. Both will be limited to those who have also registered for the harvest baskets.

The second, grand prize, raffle will be for one of two prizes – an 80-inch by 104-inch handmade children’s quilt or a set of three pieces of pottery produced by artist Phyll Klima.

All proceeds, Belanger said, will go to support the farm’s many programs, which in addition to the farm-produced goods typically include farm and craft programs, as well as getaway and retreat opportunities.

Heartland Farm is located 14 miles west of Great Bend on Rush County Road 390. From Great Bend, follow 10th Street west until the pavement ends, continue west for one mile, then turn left on to CR 390 for half a mile. The farm is on the right. 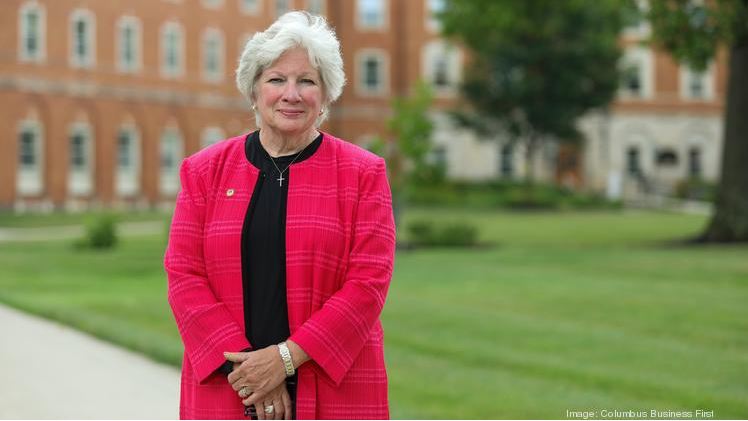 Connie Gallaher is ready to shake up higher education.

After a career serving in leadership roles for all three adult healthcare systems in Central Ohio, the new Ohio Dominican University president said there are many striking parallels between the sectors.

“Not only are we here to prepare and educate tomorrow’s leaders, but you’ve got to run it like a business,” said Gallaher, who most recently served as chief operating officer at OhioHealth and president of OhioHealth at Home before heading into a short-lived retirement.

“It took me back to my healthcare days,” Gallaher said. “Many a nurse or physician or social worker or pharmacist never wanted to hear you talk as though healthcare was a business. They would say, ‘We’re here to take care of patients.’

Gallaher, who also previously served as an administrator at Riverside Methodist Hospital, Ohio State University Medical Center and Mount Carmel East Hospital, takes the helm at a time when the university needs a boost in terms of enrollment.

Ohio Dominican University has struggled with enrollment during the last decade, an issue that was not helped by the Covid-19 pandemic.

The university had 1,475 students enrolled in the fall 2020 semester, down from 1,641 students in fall of 2019. Many universities across the United States saw this sort of drop during the pandemic.

But ODU’s overall enrollment trend has been one of decline. In 2010, about 3,100 students attended the university.

Gallaher said higher education is an “industry that is going to be disrupted,” and that Ohio Dominican will have to make changes to be sustainable in the future.

“It’s no different than what we saw in healthcare,” Gallaher said. “The vast majority of those independent, smaller, private hospitals had to not only worry, they had to innovate (and) find partners.

“And that’s what I think you’ll see in a fair amount of universities and colleges across this country.”

That innovation could include increasing the number of corporate partners at ODU, shoring up fundraising, and addressing the cost of college, Gallaher said. Her goal is to think differently about what the university will need as it moves forward.

Gallaher said she laughed when Dr. Janet Bay, a neurosurgeon, retired OhioHealth executive and an ODU board member, first told her that the board wanted her to apply for the president’s job.

“I said, ‘What in the world are you thinking?’ ” Gallaher said. “The traditional university president has various credentials behind their name, generally, at the very least a Ph.D.”

But Bay told her the board was looking for someone different.

“She said, ‘Connie, if we wanted what we had always had, then we would follow the same pathway,'” Gallaher said.

In a statement, Bay said “Connie’s impressive background in the healthcare industry aligns more closely with higher education than many might suspect.”

“I am excited to see how Connie leverages her vast experience to find unique, creative and impactful ways to create new opportunities for ODU students to help equip them with the knowledge, skills and experiences they need to achieve professional and personal success,” Bay said.

Gallaher, who was raised Methodist, said she was also called by her faith to take on the new role at the university. Minutes before her interview, she said she read a prayer of discernment.

“I’m going to paraphrase it, but it said, you have been given a mission by God created for you,” Gallaher said. “While you may not appreciate or understand the reason for this mission today, you will be told that in another life. You have not been created for naught. You are a bond between people, a connection. After I got off that call, it was the first time in my career, (that) I understood one thing very clearly: this was not my choice. This time, my career was in other hands.”

She said the board could see her “deep conviction” for the challenge.

Gallaher said one of Ohio Dominican’s challenges is that it has not adequately told its story about its impact in the greater community.

“We’re a secret gem that this city has … and we’re going to learn to tell our story,” Gallaher said. “Use me as an example. I’ve lived here since I moved for undergraduate in 1974, and I knew of Ohio Dominican, but I didn’t know about Ohio Dominican. We have to do, what I would call, humbly brag.”

For example, she said, ODU has an “outstanding” physician assistant program, which educates professionals in an area that is going to be “direly needed” in the economy as needs in the healthcare industry continue to grow.

The Charles School at ODU is a five-year, tuition-free early college high school where students can graduate with a high school diploma and an associate’s degree.

While Ohio Dominican is a community asset, “It’s going to be important that we never rest on our history,” she said.

“A great rich history, still fraught with all of the right mission-oriented things, but we cannot rest on that,” she said. “It is a changing world. The goal is you have to remain fluid, dynamic, willing to spin on a dime.”

“The mission is not for me to rewrite, because it still is relevant and it still works,” she said. “My passion is about the big picture and tomorrow, and really helping organizations evolve.”

“No one, except the Almighty, can predict the future and guarantee it,” Gallaher said. “But my confidence is in what I see.

What a difference a year has made! I hope that this feast of our founder, St. Dominic, finds you well, and that your life, like ours, is beginning to return to normal. After a year like 2020, this quote from St. Dominic as we celebrate his feast on August 8 seems especially apt.

Like Dominic, we have seen the value of prayer and humility in the past months. In a year when our ministries were curtailed, we learned the power of prayer. In a year of civil unrest, we practiced humility in the face of aggression and untruths. And through the power of our prayer and the testimony of our humility, we have come to a new year and new hope – and new ways to minister to the people of God’s church.

But the COVID-19 pandemic did not stop our ministries entirely. Thanks to support from friends like you, we were able to continue to reach out to those in need, touching with our hearts and our prayers at a time when we could not touch with our hands.

It’s also been a year of work that seems humble. A bag of groceries may seem like a small gift, but to a family with no support during COVID, it was a true blessing. Coloring pages and activity books may have seemed insignificant, but to a child who is stuck inside with her school closed, it was a lifeline of fun and normalcy. A prayer, a phone call, or a letter was not a herculean effort, but we received many return notes saying, “Just knowing that you are praying for us means so much.” Again, in the words of Dominic, “we want to do everything, even the smallest things, for the greater glory of God.”

As our ministries across the nation begin to re-open more fully and offer more services to those in need, we ask for YOUR prayers… for safety for our staff, our volunteers, and for those we serve, and for the strength to continue our works of charity and peacebuilding.

We also ask for your continued partnership in our missions of healthcare, education, ecology, housing, spirituality, and social justice. We are happy to share this special St. Dominic’s Day prayer card with you.

There is so much to do to bring Christ’s peace to this world, but as Dominic told his friend Francis If we hold together no earthly power can withstand us.

We hold together in prayer, and we bring your intentions to God in our prayers daily.

We also hold together in service, and your generous donations make that possible.

Together, we will bring the peace of Christ to the world. 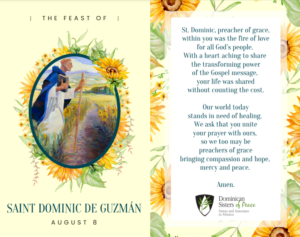 Please click here to view a video about the early days of the Dominican Order.