What’s the big deal about political correctness?  The Oxford Dictionary defines political correctness as “the avoidance of forms of expression or actions that are perceived to exclude, marginalize, or insult groups of people who are socially disadvantaged or discriminated against.” Isn’t this just common courtesy and concern? Didn’t most of us learn to treat others the way we would like to be treated, including how we talked about them? 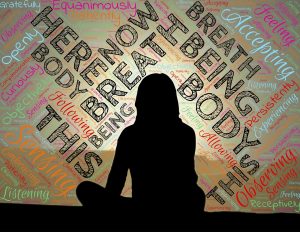 For some people, however, political correctness is a real problem, and that became clear during the past election period. Some are concerned that acknowledging a person as something they may not understand or accept might be construed as agreeing with that person. As a nation, we need acceptable means of disagreeing with someone without reverting to name calling or stereotyping.

Another concern with political correctness comes from the workplace. We have experienced a time in history where corporations and governments have given preferential option for minorities and women. This is not unlike Jesus’ own option for the poor. But it can be very painful if you are the person not getting the position, promotion, or raise.

The number of incidents of hate, talk and action has dramatically increased since the election. The Southern Poverty Law Center has reported almost 900 incidents of the use of language and actions such as “n*****” or “b****” or swastikas painted on walls. It seems that some feel that political correctness is a thing of the past, and they have permission to say and do whatever they want. It is shocking to many who believe in treating others the way we would like to be treated.

Being politically correct is more important than ever. In today’s Gospel, Jesus tells us to take His yoke – the yoke of including the outsider, raising up the poor, speaking out against hate and hypocrisy. It may be challenging or even dangerous. But it is necessary. Jesus tells us to come to Him, and He will give us rest. We can learn from Jesus’ own political correctness, finding our own peace in imitating Him.

8 responses to “Political Correctness: Love It or Leave It”