This is the second in a three-part series on being a common good voter. This series is looking at issues relevant to the 2020 Election in light of the commitments of the Dominican Sisters of Peace.

Create environments of peace by promoting non-violence, unity in diversity, and reconciliation among ourselves, in the Church and throughout the world.

Promote justice through solidarity with those who are marginalized, especially women and children, and work with others to identify and transform oppressive systems.

Create welcoming communities, inviting others to join us as vowed members, associates, volunteers, and partners in our mission to be the Holy Preaching.

The Dominican Sisters of Peace

“There is a humanitarian crisis at the U.S. border: one of immigrant children separated from their parents and migrants dying as they seek refuge. There is a crisis of walls built through communities and of refugee families in camps or military bases. The Trump administration is now joining more than 53,000 people in increasingly fatal conditions.

We need voters to call on Congress and a president committed to humanitarian assistance, rooted in traditional religious values that demand fair treatment of immigrants, including uniting families.

What needs to happen?

When we vote for the next president and senators, will we vote for those who uphold the Bill of Rights and other constitutional protections, not discriminating on the basis of religion and ethnicity?  Do we want to elect leaders who believe in due process for immigrants and refugees, including those who are members of other faith traditions-who enter the United States?

On June 18, 2020, the Supreme Court ordered the Trump administration to start accepting new DACA applications and requests for advanced placements.  This was a lifeline for hundreds of thousands of dreamers.

Dreamers were brought to the United States at a young age, some only infants.  They have no connection with the country of their birth.  Many said they did not know that they were undocumented immigrants until they were teenagers.  DACA provides a path to citizenship for the dreamers if they have committed no crime.

DACA recipients are doctors, nurses, business owners, grocery store workers who have contributed their skills and commitment to the United States.  They study in our schools, serve in our military, pray in our churches.  The United States is served in many ways by these 787,580 dreamers.

When we vote for the next president and senators, we are voting for common good justice for DACA recipients.   We are echoing our congregation’s corporate statement on immigration:

Our voices need to be heard. Yours will be heard only if you vote.

As a critical election nears, it is time to focus on being a “common good” voter.  We do not hear the words “common good” often, but those words are imperative in any election.  Too often we are stuck in “tribes:” pro-science or anti-science, liberal or conservative, Trumpster or anyone-but-Trump, masked or unmasked.  But truly, the only words that matter are “common good.”

Over the next weeks, I will be looking at a few of the social justice issues that demand our attention, especially in light of our own congregational commitments. 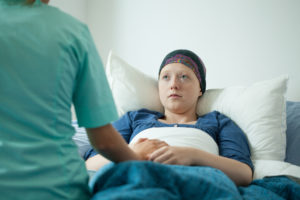 A March 2020 Gallup poll shows that more than half of Americans approve of the Affordable Care Act. Support of the ACA has actually increased under the current administration. But the 2020 Federal Budget proposed $844 billion in cuts over a decade, for a budget decrease of 85%.  Outreach and policyholder assistance has been cut by 90%, so many people don’t even know that they are eligible for coverage.

The 2020 budget also includes $130 billion from changes to Medicare prescription-drug pricing, $292 billion from safety-net cuts — such as work requirements for Medicaid and food stamps — and $70 billion from tightening eligibility access to federal disability benefits.

Care for our children, our elderly, the weak and the marginalized are suffering death by a thousand cuts. We must act as the voice for those who will be left without healthcare.

During the last three years, the current administration has attempted to roll back 100 environmental rules. These include everything from lowering fuel efficiency standards (both a climate and a pocketbook issue), to allowing coal power plants to emit greenhouse gases, to allowing hunters to kill animals while they are in hibernation, a practice that can be compared to shooting a human while she is asleep in her bed.

Five million acres have burned in the western United States and more than 30 people have died in wildfires that broke last year’s records, which broke the records of the year before. According to Michael Mann, the director of Penn State University’s Earth System Science Center, “It’s clear that ‘dangerous climate change’ has already arrived,” Mann said. “It’s a matter of how bad we’re willing to let it get.”

Meanwhile, hurricanes and other devasting natural disasters are becoming more common and more deadly. Jascha Lehmann, lead author of a study by the Potsdam Institute for Climate Impact Research in Germany, says that climate change causes the extremes to become more extreme – the hot and dry areas become even more hot and dry, causing both destruction by fire and death by famine, and wet areas get warmer and hold more moisture, making hurricanes stronger and more dangerous,.

The current administration withdrew the United States from the Paris Accord, a monumental agreement with 196 nations that moved us to address climate change with serious commitment.  As California, Oregon and Washington burn, this serves as a precursor to what will happen to the rest of the United States if we ignore our present dire reality.

We need to become the voice for our world, to save it – and us – from destruction.

As we continue to consider how to be voters for the “common good,” do your own research on the topics that we have raised today and those we will discuss in the coming weeks. How will you speak up to stand for the marginalized, and to honor and value our common home?

Our voices need to be heard. 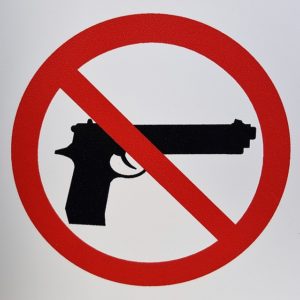 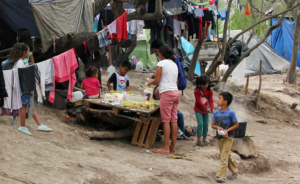 The Season of Creation is an annual celebration of prayer and action to protect creation.  It runs from Sept. 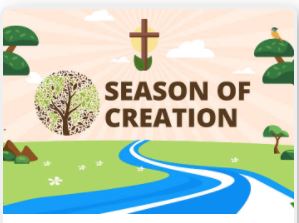 1 – Oct. 4.  September 1 was proclaimed as a day of prayer for creation (World Day of Prayer) by Ecumenical Patriarch Dimitrios I for the Orthodox in 1989.  Other Christian European churches embraced it in 2001 and Pope Francis for the Roman Catholic Church in 2015.

Laudato Si’ Week was held in May which was the first step in a year-long journey to celebrate the fifth anniversary of Laudato Si’, On Care of Our Common Home. It is a time to care for the most vulnerable and restore the connections that make us whole.

Pope Francis invites us to join the annual celebration of prayer and action for our common home.   The Pope says “this is the season for letting our prayer life be inspired anew.  To reflect on lifestyles, and to undertake prophetic acts of creation.  It’s time to call for courageous decisions and direct the planet toward life, not death.”

Please join us each week as we focus on a theme for prayer, reflection, and action.