Responding to the Needs of the Times

From time to time over the centuries, situations peculiar to the times and culture have called on aspects of the Dominican charism for a response. This has always been what we have labeled – “responding to the needs of the times” –  much as Dominic himself did in preaching against the heresy of his day.

Today, the culture of communication in the form of both the written and spoken word is one that cries out for a respect for truth. Indeed, more than respect, a recognition that truth even exists. The Dominican motto of “Veritas,” in all of its many forms needs to be examined, explained in the context of the current media crisis, and held up as a counter-weight to the value placed on fake news. Those who consult the stream of falsehoods on their many devices used each day, do so for different reasons – some find entertainment here, others believe it because they have never been taught to be discerning in what they read, still others care little one way or the other about the truth of a situation. If it sounds right to them, then it must be the truth. Indeed, the whole area of publishing known falsehoods has become a cottage industry bringing in large salaries to the composers, who freely admit that what they have “put out there” is not true. 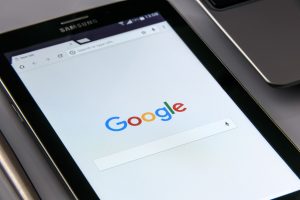 Dominicans have a history of being passionate about the truth. In medieval times, the scholastic disputations were conducted in the universities by both students and masters. The goal of the disputation was not to prove oneself to be a better defender of one side of a given issue. Instead, each side tried to learn that one piece of the truth that their opponent understood but they did not. When conducted correctly, both sides of the disputation went home more enlightened than when they came.

The search for the truth in a situation can be difficult, but basic to the task is the belief that somewhere truth actually exists and the search is worthwhile. Secondly, there is an implicit belief that words are the vessels that carry truth and that words themselves are important.

The intellectual aspect of our Dominican charism requires us to study and pay attention to words and what is being done with them. The justice aspect impels us to act once we have discovered the truth of a situation. The charism becomes alive when it is used well.

In a cultural situation where technology carries tens of millions of words to social media every minute of every day, where more people get their news from their phone than from the TV or newspapers, and where there are no ethical safeguards in place to separate the genuine from the deliberately false, the truth is the first casualty to fall. Where is the traditional Dominican emphasis on truth to find a foothold?

Be part of the solution 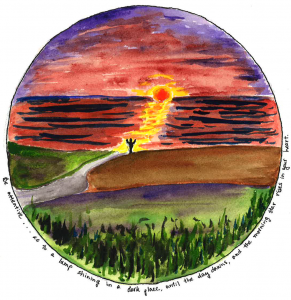 I believe a good beginning is just to talk about what is happening. Some writers have calmly suggested that lack of credibility will become the new norm, and that our “first amendment rights” will be trampled if any sort of ethical standards are imposed. As Eric Frazier in The Charlotte Observer, commented, “Objective, verifiable facts no longer matter as much as our preconceptions and passions do.” If we pretend that this is not happening, we become part of the problem. So keep the conversation alive. Fake news is not just another conspiracy story. Conspiracy stories have been around forever. This phenomenon is widespread and has already caused damage to the reputations of credible news sources. Keep pushing against it. Support those web sites that have promised to use third-party fact checkers.

Secondly, do not forward anything you read that has doubtful credibility. Let it die on your phone or iPad. Take control over what you read and send to others. You can be part of the solution.

A lack of education on the part of readers and listeners has been a big part of the problem. Some adults have never learned to be discerning. If they read it or hear it on TV, it must be true, especially if they agree with it. Most adults will probably never unlearn this unfortunate habit, but we can begin with children, by influencing school boards to include such skills in literacy/reading classes. It is not too late for them.

Lastly, we can insist publicly and in whatever forum is available to us, that truth does exist and that only the truth can provide the light we need to move into the future. Dominicans can make a valuable contribution to the culture of our time, by once more standing up for a part of our heritage that has lasted for 800 years. It has never been needed more.

13 responses to “It Must be True, I Saw it on Facebook”