Recently, we celebrated the Tenth Anniversary of the birth of Dominican Sisters of Peace!  Seven Dominican congregations with long and rich histories, dating as far back as 1822, united in 2009 for the sake of continuing the mission with the eighth congregation merging two years later.  Our Tenth Anniversary gathering was not only a time to rejoice with each other, we also reflected on the signs of the times and how we are called to preach the Gospel in the 21st century.   Religious life will not look as it did in the past in terms of the number of women who will enter. However, I believe the women who are in religious life, the women who are choosing to enter now and the women who will enter in the future will be enough for God’s vision.  We are all on the path of walking into that new vision, especially our women in formation and newer members.

It was really a joy to see the enthusiasm of our women in initial formation and newly professed sisters as we dialogued and worked toward envisioning our future together. They are fully aware that their numbers will be smaller than the abnormally large numbers of the past, yet their eagerness to be part of the future of religious life is not diminished.  Recently, I also had the opportunity to take some of the women in initial formation to visit St. Catharine, Kentucky, where the first American foundation of Dominican Sisters was founded in 1822.  Two of our Sisters shared with them the vibrant history of the first group of pioneering Dominican Sisters in the rolling hills of Kentucky. We visited St. Rose Catholic Church where those first nine women answered the call to form the first group of American Dominican Sisters.  As one of the women pointed out, “They entered into mystery then as we move forward into mystery today.” 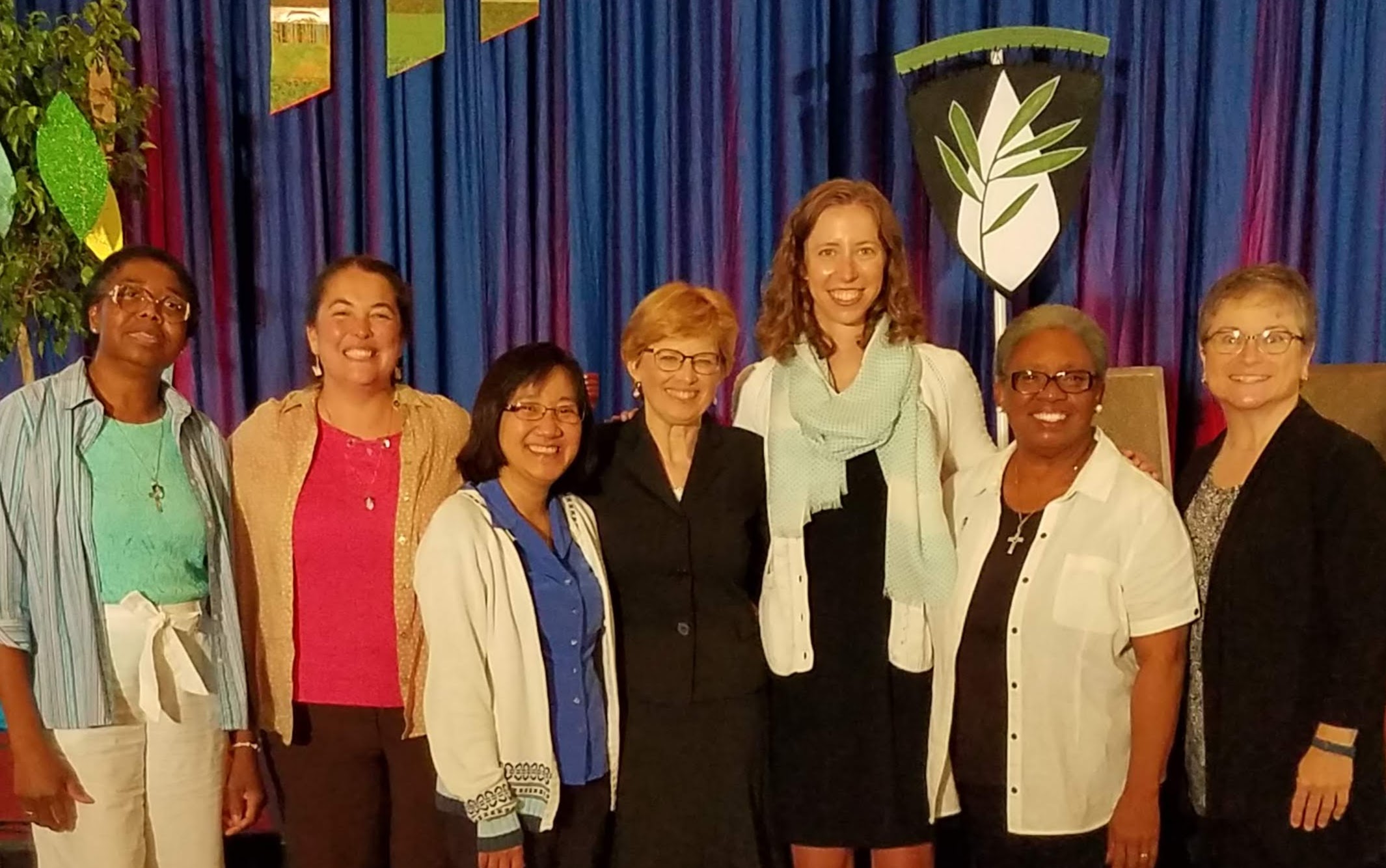 Today, August 8, 2019 we celebrate the Feast Day of the founder of the Dominican Order, St. Dominic de Guzman.  Founded in 1216, the Dominican Family celebrates 803 years of preaching the Gospel in word and deed.  Our congregation is part of the rich heritage that forges ahead like our founder, Holy Father Dominic, following the call and vision of the Spirit.  Dominic could never have imagined the legacy he would leave simply by living into his call.  The same is true as the Dominican Sisters of Peace move toward “something new” in the future.  Together, along with our women in formation, we are not afraid of moving forward into mystery.  We have as guides and examples, the strong foundation of courageous women on whose shoulders we stand.

Want to learn more about the Dominican Sisters of Peace and help shape the future?  Why not give one of our Vocation Ministers a call.

8 responses to “Moving Forward into Mystery”