A few years ago, my aunt informed me that my uncle had a gun in every room of the house.  When I caught my breath, I asked if there had been robberies in the neighborhood or gun violence; she said no.  He said, “You never know what window they might come through.”

We are a gun culture. That reality is not going away soon and will not until we enact laws that bring real change.  Former Ohio Governor John Kasich, a Republican, said as much recently.  “We need to DEMAND change from our legislators, not ask for change.  Whenever there is a town hall meeting in your area with senators or representatives, we need to be there with questions and demands for real legislative action that will provide protection for citizens of this country.”

Not everyone may be able to attend a town hall but contact through phone calls and emails need to flow in large numbers.  It is also important to thank those who continue to work for substantive change in gun laws.   My local representative, John Yarmuth, continues to wear a large pin with the letter F on it.  He receives an F from the National Rifle Association because he consistently votes for responsible gun legislation.  I thank him at every opportunity. 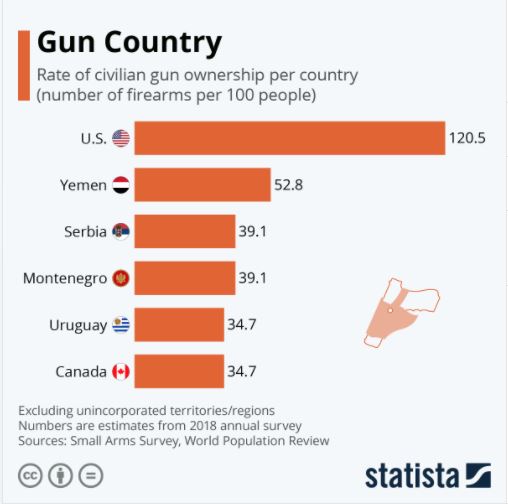 If we are going to succeed in reducing the devastating numbers of mass shootings, we must pass substantive legislation, such as the following bills:

In other words, instead of the current culture of permissiveness, we need to become a culture of prevention.

We had some success when President Clinton signed the Brady Bill in 1994.  This prevented the purchase of assault weapons and high-capacity magazines and mandated background checks on all gun purchases.  Incidents of mass shootings dropped significantly. In 2004 the bill needed to be renewed, however President Bush allowed the bill to expire and gun violence has continued to increase.

I do not want to hear the easy mantra “You are in my thoughts and prayers” again.  Obviously, I believe in prayer, but it is not a substitute for responsible action that produces results in saved lives. As we approach the violence of Good Friday, I believe God asks action from us that can bring true peace.

4 responses to “A Weapon at Every Window”