Sr. Alicia was a native of Villalba, Puerto Rico, one of seven children born to Rosa Maria Rodriguez and Felipe Alvarado. Her family immigrated to Cleveland, Ohio, when she was a child, and she earned a Bachelor of Arts in Spanish and Secondary Education from Cleveland State University, a Certificate from the College Parallel Program from Cuyahoga Community College, and a Master of Arts in Social Sciences from Case Western University.

Sr. Alicia worked as a Social Services Coordinator for the Spanish American Committee in Cleveland. In 1979, she received a call from God to enter religious life. She took her final vows in 1985 and lived vowed Dominican life for 40 years.

Sr. Alicia spent the majority of her religious life in ministry to her beloved Latine family. She served as Hispanic Program Coordinator for Cleveland’s Commission on Community Action, as Associate Director of Hispanic Ministry in the Toledo Diocese, and as a family counselor. She returned to college in 1989 to earn her Bachelor of Arts in Radio and TV Production and used this new set of skills to continue to minister to the Latine community and to work for social justice.

Sr. Alicia traveled extensively in her work for social justice, including to Colombia, Chile, El Salvador, and Nicaragua. No task was too big or too small, as she did everything from driving a van in an outreach ministry to serving on the National Farm Workers Board to serving as a member of Leadership for her congregation.

Sr. Alicia received numerous awards and recognitions for her community service, including induction into the Cleveland Ohio International Hall of Fame in 2018, the Individual Award for Justice and Peace by the Cleveland Commission on Catholic Community Action in 2003, and the 2004’s Madrina Award (Godmother of the Community).  She belonged to numerous professional societies and was the first Hispanic woman on the Board of Trustees of Cuyahoga Community College in 2001.

Despite the recognition she received, Sr. Alicia remained more concerned for those around her than herself. In fact, a friend described her life’s priorities as “God is first. The poor and the needy, and the weak in the community and her family next. Alicia is always last.”

Sister Alicia is survived by sisters Carmen, Lucia Marie and Lourdes Dorsey; brothers Philip, George, and Alberto. She was preceded in death by her father, Felipe and mother, Rosa.

A Funeral Mass was offered at Our Lady of the Elms Chapel in Akron, OH on September 22. Per her request, Sr. Alicia’s body has been donated to science.

Memorial gifts in Sr. Alicia’s memory may be sent to the Dominican Sisters of Peace, Office of Mission Advancement, 2320 Airport Dr. Columbus, OH 43219 or oppeace.org.

Is waking up hard for you to do?  Are you one to rise and shine upon hearing your alarm clock break the silence of the morning? Or, like me, are you slow to rise from the comfort of your bed and like to stay under the blankets past the time the alarm clock sounds off?

Waking up can have so many different meanings. We may be quick to respond to new ideas or we may be slow to accept new ideas. Waking up is a metaphor for how we engage or disengage from people, ideas, or situations. Reflect with me for a moment on this theme of waking up. How do we need to wake up? Do you find it hard to:

We may find it hard to wake up to new realities that bring the need for making changes or decisions. We may find it difficult to accept and move on from the familiar to the unfamiliar.  Waking up to new ways of seeing and understanding what is happening within us and around us can be unsettling but also transformative, calling us into deeper union with others and to a richer awareness of God’s abiding love and presence among us.

What about you? What do you find difficult to wake up to?

Is God inviting you to wake up to the possibility of being called to become a religious sister? Why not take time to explore this vocation by joining us for our January Mission for Peace program, January 13-15, 2023.  Contact us to learn more about religious life and this program.

The Annual Memphis Dominican Friars Gala was the site of a special recognition for Dominican Sister of Peace Cathy Galaskiewicz, OP. Sr. Cathy was recognized by the Diocese and the Friars with the 2022 St. Martin de Porres Award on October 16, 2022.

Thomas Hood, President of St. Agnes Academy – St. Dominic School, of which Sr. Cathy is a member of the Board of Trustees, said, “For more than 40 years, Sr. Cathy Galaskiewicz, OP has been the face of Dominican-Catholic charism in the greater Memphis area. During that time, she has taught and inspired generations of children, faculty, and families at St. Agnes Academy – St. Dominic School, a school her congregation founded 170 years ago.

Sr. Cathy is a graduate of Spaulding College and Notre Dame University. She has ministered as an educator of both children and adults for more than five decades in West Virginia, Kentucky, and Tennessee.

If you have traveled through Kansas in the past year or so, you might have seen billboards along highways saying, “1 Kansas farmer feeds more than 155 people + YOU.”  It’s no secret Kansas is a leading agricultural producer, with plenty of farms and ranches spanning the state. 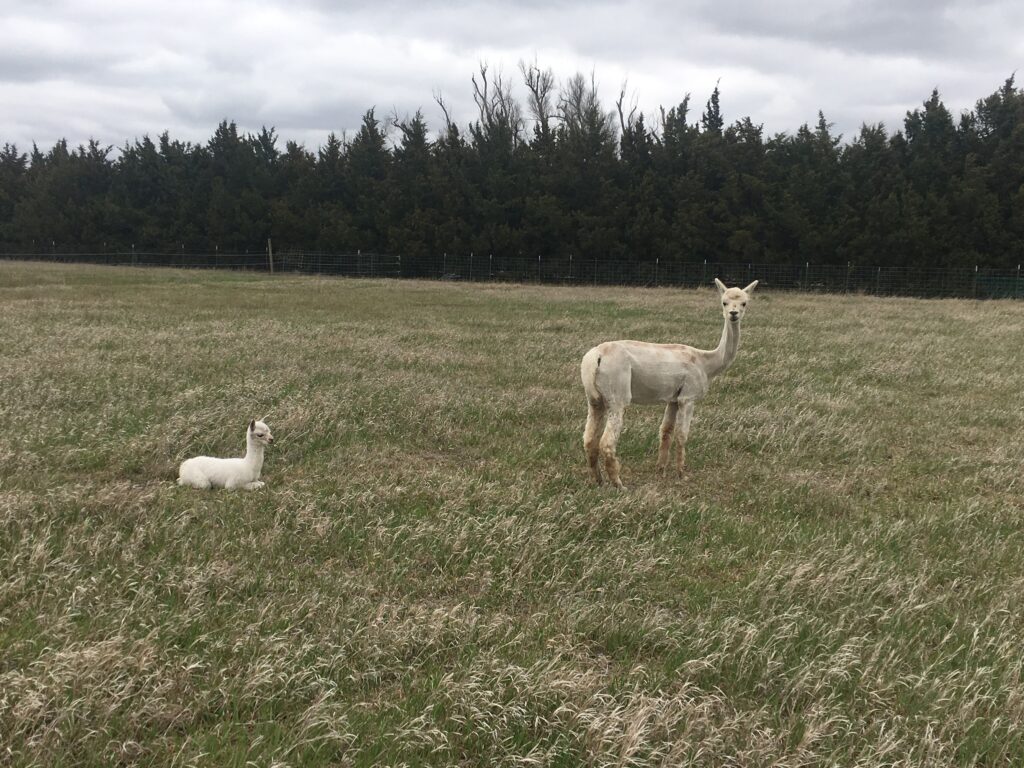 As temperatures cool, harvest celebrations begin for many communities across the state. During the summer and fall seasons, Kansas Agritourism businesses welcome thousands of visitors to their farms, ranches and wineries to showcase their offerings. Kansas agricultural producers are realizing the benefits of tailoring their operations to tourism. They find tourists enjoy the rural activities they participate in, as these activities provide lifelong memories for visitors, as well as additional revenue for the Kansas farmers who host them. Here are just a few farms hoping to see you next year.

C2T Ranch in Plainville is a regenerative ranch located in Northwest Kansas. With 150-foot-tall limestone bluffs towering over the winding Saline River, many visitors to the ranch often say, “I can’t believe this is Kansas.” Rated the No. 1 Hipcamp (an online booking site for tent camping, RV parks, cabins, treehouses and glamping) location in Kansas, there are several opportunities for primitive camping, as well as two RV sites, two glamping tents and add-on services such as “tanking” down the river in good, old-fashioned stock tanks (ranchers know about these). C2T also offers UTV ranch tours and meat bundles for campfire cooking. The ranch was recently discovered as the location of the Battle of the Saline River, the first recorded battle for the Buffalo Soldiers out of Fort Leavenworth. 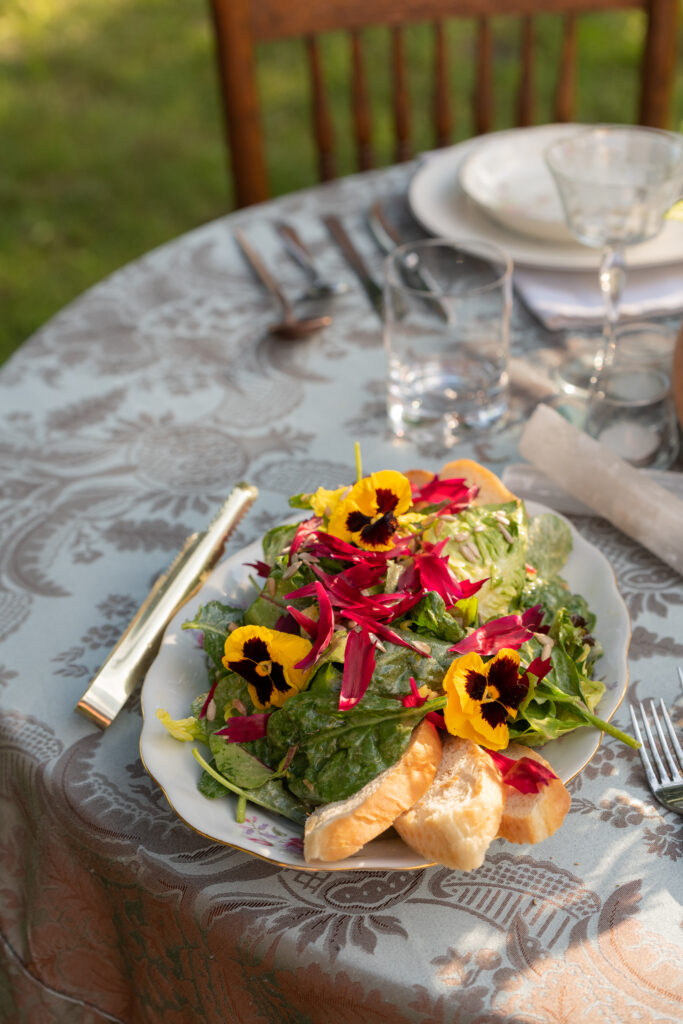 Saltwell Farm Kitchen in Overbrook is an LGBTQ+-owned farm and one of Kansas’ newest agritourism experiences. Located on a historic Kansas homestead, just 15 miles west of Lawrence, Saltwell reimagines fine, rustic dining on reclaimed barn wood tables hidden throughout native walnut groves and among vibrant wildlife. During colder months, the winter parlor is located in the historic farmhouse nearby. Dining at Saltwell begins on Friday or Saturday nights (private group dinners can be arranged on other nights), with a drive past lovely lakeside scenery, and a welcoming, dry hard cider. The three- to four-hour Saltwell dinner experience consists of a farm-to-table (literally) tasting menu, featuring eight courses inspired by the seasons, local ingredients, neighboring farmers and foraged foods. 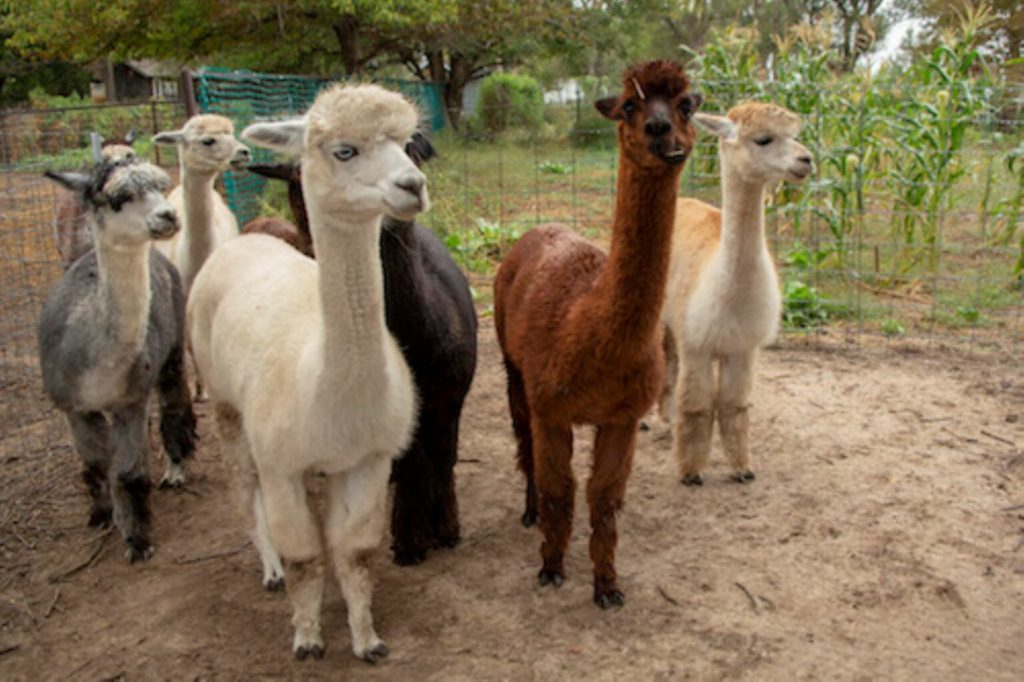 Heartland Farm is an 80-acre farm located in Pawnee Rock, in the central Plains crossroads of the United States. The farm is a 30-year-old ministry owned by the Dominican Sisters of Peace, home to a Christian community committed to the healing and care of the Earth and its inhabitants. Residents farm with a passion for addressing the “hungers of our world” through practices of regenerative agriculture and hospitality. The land and its gardens and pastures have been managed organically since the farm’s beginning. At Heartland Farm, visitors will find a herd of alpacas, pastures organized for rotational grazing, laying flock of chickens, vegetable gardens, a 30-foot-by-40-foot-high tunnel, a straw bale art center, outdoor pavilion and a wooded creek and pastures managed for prairie hay production.

Some of the activities available to visitors include walking the labyrinth, strolling through the wooded trails and pastures, bird watching, visiting the alpacas, getting a massage, attending a workshop and working in the art studio. Overnight rates in the guesthouse are $35 per person and $60 per couple. Children are also welcome. Daily farm tours are $3 per person. Call in advance for visits.

Sr. Jolene was born to Josephine Lavenstein and Anthony Geier on January 1, 1938.

In her first year of high school, God called Sr. Jolene to serve as a Dominican Sister. She entered the Congregation in 1952 and took her final vows in 1955. After finishing her own education, Sr. Jolene became a teacher, sharing God’s love as she taught elementary school students in Colorado and Kansas.

She left her educational ministry in 1973, following God’s call to retreat work at the Lliff Seminary in Colorado, then serving as a Core Member at the Pilgrim House of Praise. She served in pastoral ministry at two Kansas hospitals before serving her congregation as Director of Associates and Initiates and later as Justice Promoter.

Sr. Jolene was preceded in death by her parents. She is survived by brothers Alan, Danny, and Larry Geier; sisters Barbara Jean Schartz, Katherine Rhodes, and Lola Wilson; several nieces and nephews; as well as the Dominican Sisters of Peace.

Memorial gifts in Sr. Jolene’s memory may be sent to the Dominican Sisters of Peace, Office of Mission Advancement, 2320 Airport Dr. Columbus, OH 43219 or oppeace.org.