Where Are the Institutional Voices?

As a high school freshman attending a lily-white public high school in Danville, Kentucky, I learned soon that what I learned in the classroom was a small part of education for life.  Soon after beginning my freshman year, an associate pastor from my parish church issued a challenge to members of “Young Christian Students,” an association specifically geared toward Catholic students attending public schools.  He challenged us to meet with managers of local restaurants and ask why they did not serve Black customers.  With some nervousness, I accepted the challenge and met with three restaurant managers.  The answer was not a surprise:  “We do not want to lose our white customers.”  This was the beginning of a long journey for me to face the sin of racism.  I remain grateful to that priest for challenging me to face the reality of racism in this small town.  The challenge of personal responsibility remains in my actions.

Years later I was a graduate student in the School of Social Work at Barry College (now Barry University) and took a course in Institutional Racism.  The professor, Gil Raiford, an African American, challenged students to examine racism through the lens of our institutions, specifically educational, economic, religious, and political.  People of color rarely have a voice in the decision-making process within those institutions. How can change happen to remove racism from our institutions without the active participation of African Americans on all levels of decision making?  The questions and challenges remain.

In our political arena, suppression of the “Black vote” is obvious and ongoing.  Georgia, Wisconsin, and Arizona, and in many other areas continue to reduce the number of voting sites, require a photo ID and engage in gerrymandering to discourage voting.  The challenges to the outcome of the most recent presidential election centered largely on Atlanta, Detroit, and Philadelphia, all with large African American populations.  Another troubling reality is that Congress has failed to extend the John Lewis bill on voting rights. 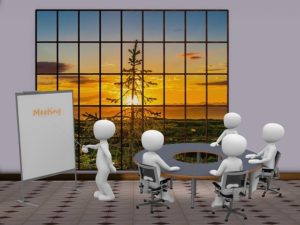 Without African American voices in education and politics, we often find inequitable funding for schools in poor neighborhoods.  According to the Center for American Progress, predominately Black schools receive $23 billion less in funding each year.  Schools in Black, indigenous, and Hispanic areas often have outdated materials, are under-resourced, and in many cases, are in buildings that are hazardous to their health.  Resources need to be updated or replaced.  Money matters in education!

Have our religious institutions played a role as moral leaders in addressing racism?  When was the last time you heard a homily on racism?  Or on any justice issue period?  Where were the religious voices of leaders after Charlottesville, after the murder of Black parishioners in Charleston?

Where are the black voices in your parish or your diocese – or are they, like my high school in Kentucky, lily-white and unaware of the issues facing our sisters and brothers of color?

From the parish and school board to colleges and Congress, our institutions are failing in our struggle to remove racism from our current reality.  It is always the right time to ask the hard questions of institutional leaders and demand that all voices be heard.